Fernando Alonso is a "different" Formula 1 driver heading into the start of the 2018 season, according to McLaren racing director Eric Boullier

McLaren has switched to Renault engines this year after three dismal seasons with Honda, and Boullier said Alonso has been revitalised by the change.

The two-time champion has scored just 82 points in the last three seasons, with a pair of fifths his best results since returning to McLaren.

Boullier told Autosport that "the drivers, especially Fernando, will not miss any opportunity to tell us where we are wrong".

He said: "Watch him, it's a different Fernando here this year.

"You can see he's here [at the track in pre-season testing] before lunchtime when it's not his day to run.

"I remember last year he was coming at 7pm. [This year] he's in before lunch."

Boullier added: "He's happy, yes. He's a competitor, so he wants the best of the best and he wants more, always.

"Alonso is in a different mindset this year. He's spending a lot of time here even when he's not driving the car, so he's quite interested and supportive of what we are doing."

McLaren caused five red flags during pre-season testing and its lap count, 599, was lower than any other team. 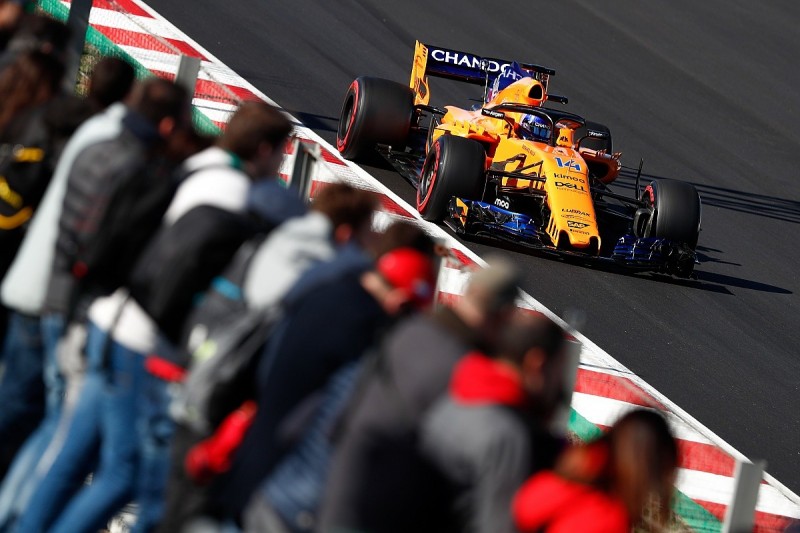 It left Barcelona on a positive note after Alonso the third-fastest time in testing on the final day, and despite the difficulties McLaren still completed more laps across a weather-affected two weeks than last year with Honda.

Boullier said the "massive boost" in morale has been evident throughout the winter.

"You know you have a race-winning engine in the back of the car," he said.

"So, you might not be the best in the pitlane but it's still good enough to fight for podiums and race wins.

"Clearly there is a big boost in terms of morale for the team, a bit of excitement.

"I have to say I was impressed in the last three years, McLaren keeping the motivation, trying to be the best race car and the change is a massive boost.

"We had to reset a little bit the mindset to move into finding performance in the car, in the race team, in the operation of the team, which we had lost a little bit."

Behind the scenes of Mercedes' 2018 F1 launch