Mercedes insists there is no temptation to pull resource off its 2022 Formula 1 car development, despite the recent struggles it has faced on track.

The Brackley-based outfit has endured two difficult weekends in Monaco and Baku, with team boss Toto Wolff saying its recent performances have been "unacceptable" if it wants to beat Red Bull to the F1 titles.

But while the tricky situation means Mercedes will have to focus more deeply on its current troubles than it would ideally like, Wolff says that there will be no deviation from the way it has split resources between this year and next.

With F1 switching to an all-new car concept from next year, teams are well aware that they need to throw as much resource as they can on the 2022 challenger so they can hit the ground running when the campaign begins.

Many believe that if they fall behind at the start of the new era then it could take years to catch up.

Speaking after the Azerbaijan Grand Prix, Wolff said that while things were far from ideal for Mercedes right now, the team was committed to its split between 2021 and 2022 work.

"We already readjusted the plans for 2022," said Wolff. "And there's no way of making out of it.

"We will not change any decisions that we have taken, strategic decisions, just because we had two really bad race weekends. 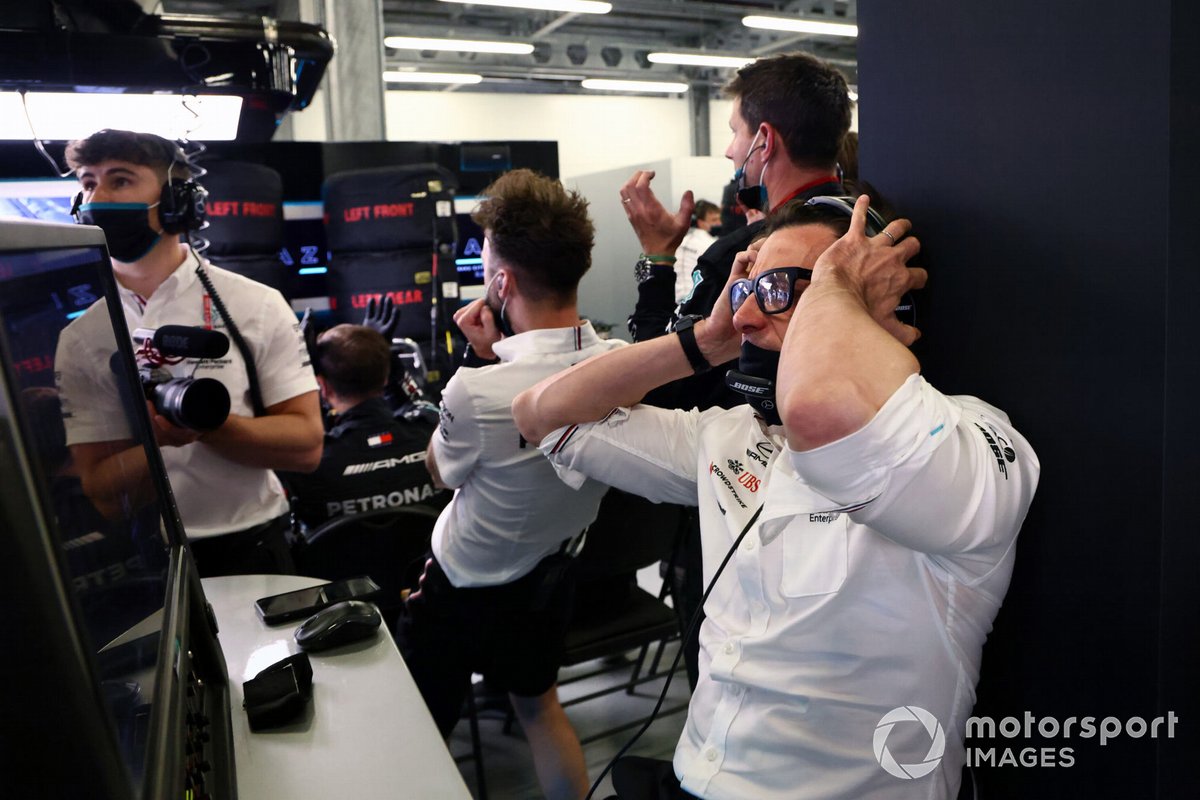 Toto Wolff, Team Principal and CEO, Mercedes AMG reacts to the screen in the garage

"We knew that these two racetracks are probably the worst for us. And I hope I'm right with that assessment.

But while Mercedes is clear that a push for this year must not be allowed to compromise next year's plans, Red Bull's Max Verstappen has urged his team to throw everything at this season.

He says that with nobody having a guarantee of success in 2022, it would be foolish to waste the opportunity of a full-on title assault this season, as BMW-Sauber did in 2008 with Robert Kubica.

"I think as long as we have a big chance of winning this championship, we shouldn't let it go," he said.

"It's of course difficult to say. This year is a bit tricky, but next year, we can win it. You never know. But when you have a chance this year, for sure, we will go for it."