Mercedes is now the underdog in the 2017 Formula 1 world championship campaign, according to its team boss Toto Wolff

The reigning world champion team trails rival Ferrari by 17 points in the constructors' championship, having scored three wins in six.

At this point last year, it had won five from six and led Ferrari by 67.

In the drivers' championship, Sebastian Vettel leads Lewis Hamilton by 25 points, with Mercedes non-executive chairman Niki Lauda recently saying his team's title ambitions are over unless Vettel retires at least once.

When asked by Autosport if he felt Mercedes was the underdog given the current state of play, Wolff said: "I like the notion of underdog, because the underdog is the one people want to see win.

"As a matter of fact, I think we've been that since the beginning of the season.

"We have been dropping in and out of the tyre window, we never had two drivers or two cars over the course of the weekend within that window.

"We saw an exceptional performance of Valtteri [Bottas] in Sochi, that we weren't able to replicate on Lewis's car.

"We've seen and exceptional performance from Lewis in Barcelona and that inconsistency has been following us through the season.

"On the opposite side, Ferrari put the car on track in Barcelona [testing] and they were quick from the get go, so yes, we are the underdog.

"We need to catch up and this is the reality at the moment." 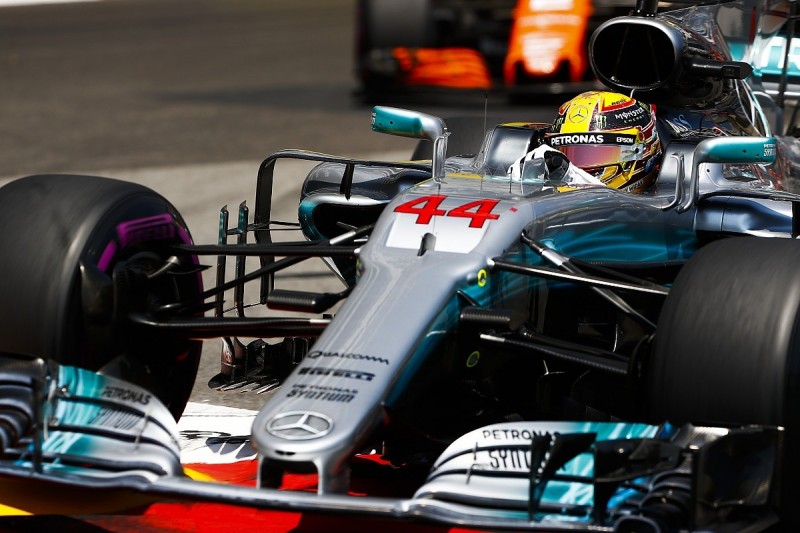 As well as Mercedes not enjoying the pure performance advantage it has had in recent seasons, its core problem has been getting this year's - particularly the ultra-soft - to work with its car.

Ferrari has been able to take advantage as its SF70H has a broader working range, helping especially on tracks that put less energy into the tyres.

When it was put to him that it was ironic Mercedes was struggling with its tyres as it was one of three teams - alongside Ferrari and Red Bull - to carry out 2017 tyre testing last year, Wolff replied: "I'm not sure if it was a benefit or not.

"In the end, how the chassis interacts with the tyres is a complex subject.

"There are many dozens of factors that interact and make it perform or not.

"This is not about seeking an excuse because others are able to extract the performance of the tyres and we don't.

"We have seen from some our competitors, like Red Bull, they have been far out of the window, one-and-a-half seconds off the pace.

"Then back in the race, you could see they are performing well.

"It's a problem that seems to hit everybody but not Ferrari.

"All credit to them - they have a solid car that is capable to cope with the tyres."

Why F1 has made a key U-turn on classic races