Toro Rosso took risks during the 2016 Formula 1 season to counter the deficit of running a year-old Ferrari engine, according to team principal Franz Tost

The Italian team had a stopgap year with Ferrari's end-of-2015 power unit, while its rivals ran new specification engines that were developed throughout the campaign.

While it matched its 2015 constructors' championship result of seventh, Toro Rosso went from its drivers qualifying fifth and seventh for the season opener in Australia to 14th and 15th in the penultimate round in Brazil, before its puncture- finale.

In a bid to offset that slide, Toro Rosso introduced a new aero package in Germany, but spent several races trying to understand if it was a step forward relative to its rivals.

"We risked a lot," Tost told Autosport. "We had to risk a lot and we came up with a completely new aero package.

"We had already a very good car on the aerodynamic side.

"With a new aero package we got more downforce and the car was better, but of course if you have more downforce sometimes there's a little more drag.

"The others made some progress with the power unit and everything together meant that we simply didn't have any more of a chance to be permanently close to them.

"We couldn't catch up any more, it was too much.

"There was no way to develop the chassis to a level that we successfully could compete against the other teams where the power unit as well was developed." 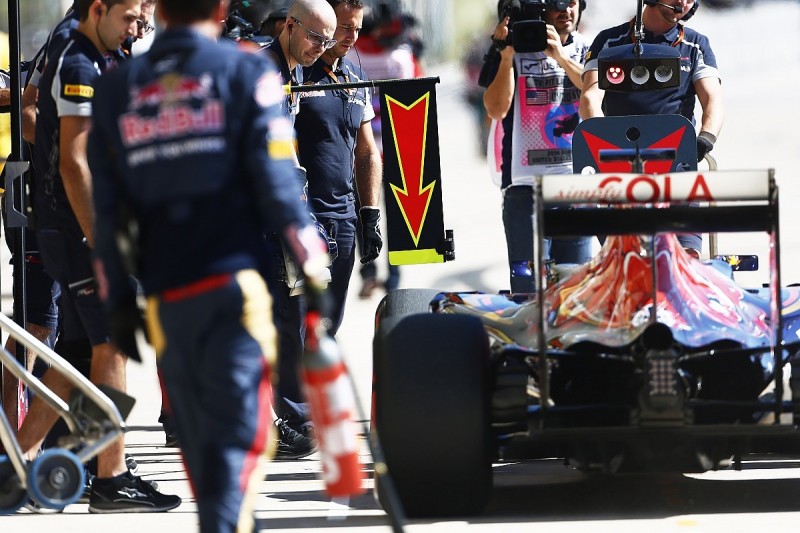 Despite the struggles, Tost praised Ferrari for the job it did ahead of the team's return to current-spec Renault engines this year for Carlos Sainz Jr and Daniil Kvyat.

"It had nothing to do directly with Ferrari's power unit as it didn't drop off," said Tost.

"Ferrari did a fantastic job, was always the same."

Esteban Gutierrez admits he was 'too confident' over Haas F1 seat