F1 teams are bracing themselves for a tough time in managing engine life in 2018, with new rules limiting them to just three power units (and two MGU-Ks, energy stores and control electronics) for the 21-grand-prix season.

Though all four manufacturers have worked hard to prepare for the new allocations, Tost believes the power drop-off that comes as an engine reaches the end of its life means there could be benefits to taking a fresh unit and incurring a penalty.

He expects to discuss with Honda whether the punishment of dropping down the grid order would be negated by having more horsepower available.

"There will come the period where we have to find out if is it better to start with a new power unit from the back instead of using an engine that will have 3000-4000 kilometres on it, and you start losing power after one or two hundred kilometres," he told Autosport. 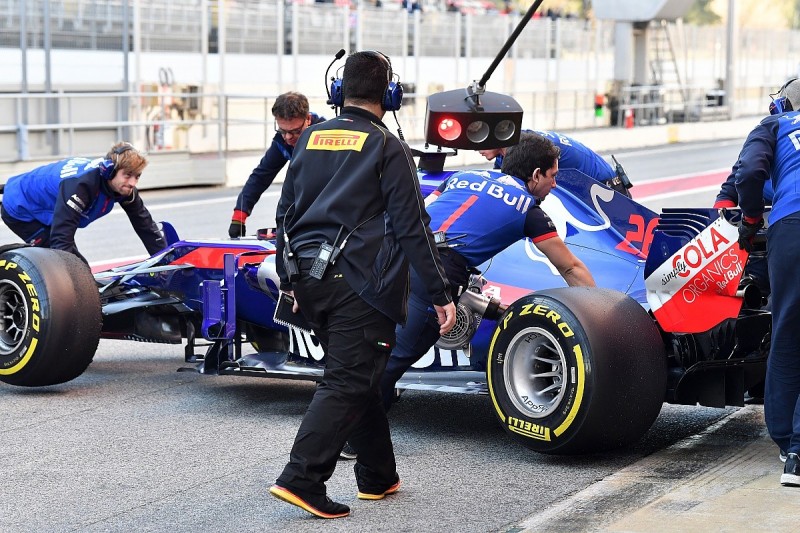 Tost thinks it is "crazy" that F1 has stuck with the three-engine limit, after attempts by Red Bull to get the rule changed met resistance.

"Last year manufacturers tried with four engines and less races, and this year we have more races and less engines," he said.

"I must only say they are totally crazy with this regulation.

"But Ferrari was against it [changing the rules], because others wanted to go with four.

"They [Ferrari] think they have an advantage with three. And it is within the regulations so we have to live with it.

"We have to accept it and how many power units at the end we will need I don't know."

Tost's comments about the Honda situation come after Renault admitted that it too was considering the possibility of tactical engine changes this year.

Renault F1 managing director Cyril Abiteboul said: "We want to establish the baseline, we want to know a bit more about ourselves, the performance of the engine as it is right now.

"If it's better for everyone to use four power units or four V6s, rather than three, we may take that decision. But it's really too early to talk about that."