Renault has willingly given itself a cooling "headache" in the pursuit of improving its 2018 Formula 1 car's aerodynamic performance, according to chief technical officer Bob Bell

The French manufacturer made a significant step forward in 2017 and its expectations have risen for this season, which will be its third since returning to F1 with a works team.

Bell said Renault has "pushed like hell" on the chassis, and not made compromises to its package to aid cooling despite new engine rules clamping down further on how many components can be used this season.

Asked about the new rules' impact on its 2018 car design, Bell said: "It can effect some of the thermal conditions we have to meet on integrating the power unit into the chassis, but not to any great extent.

"If you look at the car and compare it to last year you'll see we've gone even greater lengths to try to squeeze all the componentry together.

"That makes it even harder to manage the thermal flows of the car.

"So no, we pushed like hell to get the maximum aerodynamic performance from the car and that means squeezing everything closer together and giving ourselves more headache with thermal management." 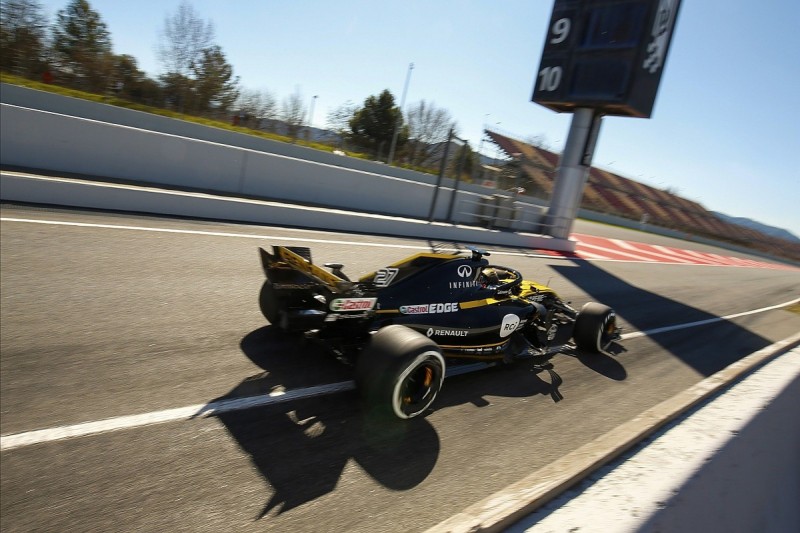 Renault suffered a gearbox problem on the final day of pre-season testing that left it in the garage for most of Friday.

Some reports suggested the ensuing gearbox change was complicated by tighter packaging at the rear, but this was dismissed by the team.

As well as the repackaged rear-end, Renault's gearbox structure is stiffer and slightly lighter than last season.

"We would still like to save weight, then carry more ballast and reduce the centre-of-gravity," he said. "That is something we will keep working on.

"A lot of it is through running mileage and working out what can live for long mileage.

"[If] we can make it lighter, we will bring a lighter component, run it Fridays and prove it out and get it racing.

"Usually with a new car there is no single piece, it is a bit everywhere.

"You try to not be too conservative but then you go around and see what you can take out."

The secret behind floor tunnels on Ferrari's SF71H 2018 F1 car