Renault would back a cost cap in Formula 1 if it was the best way to reduce teams' expenditure, says its chief technical officer Bob Bell

F1 bosses are keen to address the disparity in teams' income and expenditure, which has had a detrimental impact on the competitive spread of the grid.

A cost cap is one possibility, while standardisation of some parts is another way to drive budgets down.

Renault considers the situation severe enough that Bell says it would support either policy despite its manufacturer status. Such policies have traditionally been backed most strongly by the independent teams.

"Renault is in favour of a reduction in the amount of money it costs to go Formula 1 racing and be successful," Bell said.

"At the minute the disparity in cost between the teams, income and expenditure, is huge.

"It shouldn't cost as much as it does to be successful in Formula 1.

"We need to find ways to pull costs down and level the playing field.

"We're absolutely behind any initiative like that, if that's a cost cap then we'll be up for that.

"If it's a revision to the rules to make it cost less we'd be up for that as well.

"I can't imagine there's anyone out there who voluntarily would want to sign up to spending more money."

Prior to Haas's arrival, the previous three new teams to enter F1 - Virgin, Lotus and HRT - all collapsed eventually despite multiple entities investing in each of them. 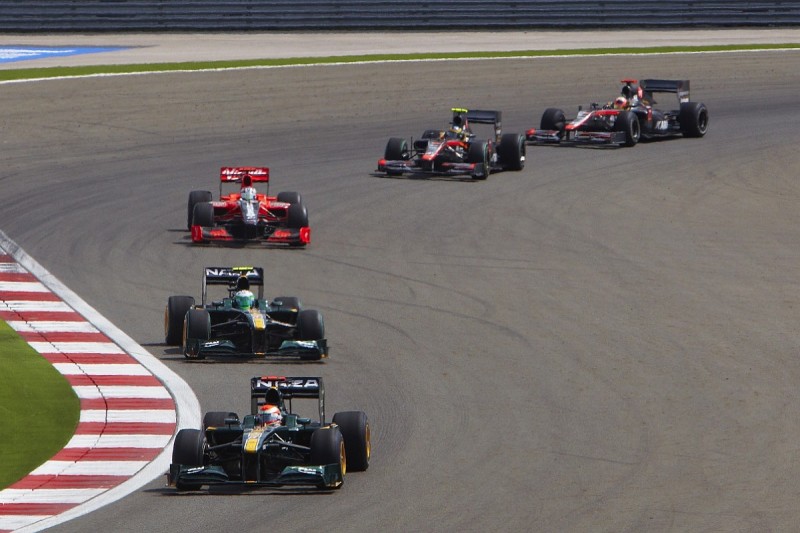 Their entries were inspired by F1's previous commitment to a cost cap, which was pushed for by the FIA but eventually abandoned.

"Realistically Formula 1 needs to get itself to a point where any team on the grid can sustain its situation and not keep losing money," said Bell.

"You take a team like Force India [fourth in the constructors' championship the previous two seasons], they've been kept alive in recent years by Vijay [Mallya] putting in money.

"Manor only survived because the owner was putting money into it.

"It's got to get to a place where all teams can be self-sufficient with the income they are able to generate."