Kvyat scored a point in last weekend's United States Grand Prix on his return to the team after a two-race absence, but following discussions with Red Bull motorsport advisor Helmut Marko and Toro Rosso team boss Tost, it was agreed he would be let go.

Tost conceded Kvyat had endured several technical problems this season but added he also made mistakes and scored just four points to team-mate Carlos Sainz Jr's tally of 48 during the time they were team-mates.

"The season from Daniil this year was very unfortunate," Tost told Autosport.

"There were a lot of technical problems which were not in the hands of Daniil, he couldn't do anything. But he also made some driver errors.

"Both parties lost confidence in each other.

"In such a situation, it's better to say OK, we stop the cooperation and this gives Daniil the chance to look for another team and to look for his future.

"We felt the confidence was not there anymore on the level you need if you are to work together successfully in the future." 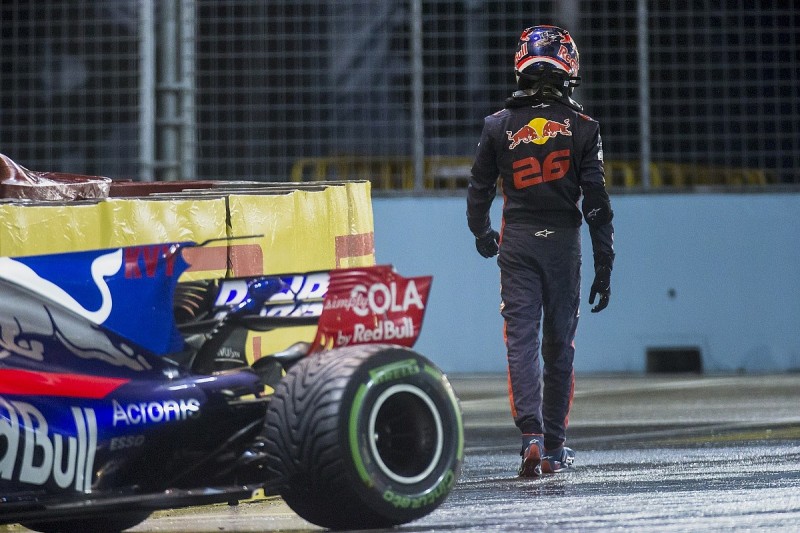 Kvyat made contact with Williams and Sauber regarding a seat for next season, but the chances of him getting one of those drives are remote.

He has been particularly outspoken during 2017, amid the difficult run of results and lack of clarity over his future.

When asked if that approach had an impact on Red Bull's decision, Tost said: "Of course. But in the end, it's the results which are counting.

"Both parties expected more and it didn't happen. Therefore a termination is the best solution for both parties."

Brendon Hartley was let go from the Red Bull junior programme in 2010 but was recalled this month and finally made his F1 debut at Austin.

Tost said "anything is possible" regarding the potential for Kvyat to make a similar Red Bull return in the future.

"Daniil has the talent, he's very fast and if he gets everything together, he can be successful.

"He has showed it in the past, he won the GP3 championship, he was with Red Bull on the podium, he is a skilled driver.

"If everything comes together, he can be very far in front. This is what he showed in the past."