Last weekend in Turkey saw Valtteri Bottas score his first Formula 1 victory in over a year with a dominant display for Mercedes, controlling the race to win ahead of Max Verstappen.

But it was a more difficult weekend for Mercedes team-mate Lewis Hamilton. Hamilton started 11th after an engine penalty, and although he fought his way back up as high as third in the race, he ended up fifth after frustration over Mercedes’ strategy, leading to some tense moments on the radio.

So why did Mercedes not pit sooner or try and keep him out all the way to the end? And why were the conditions so hard to predict?

Light drizzle fell throughout the day at Istanbul Park, meaning all drivers took intermediates for the start of the race to best tackle the damp conditions.

Some teams believed the track would dry out within 20 laps, but light rain continued to come down, meaning it was hard for drivers to find a drying line. Most pinned their hopes on running long enough for the track to dry out for slicks, causing them to wear down their intermediates and create big bald bands on the rubber - aka, ’slicktermediates’.

Daniel Ricciardo was the first driver to roll the dice on a fresh set of tyres, coming in at the end of lap 21. He switched to another set of intermediates, figuring he had nothing to lose as he was out of the points for McLaren. But his initial lap times proved it was not yet the right time to make the switch.

Most of the field came in between lap 34 and 39 for a second set of intermediates. The track was nowhere near dry enough for slick tyres, best proved by Sebastian Vettel’s brave experiment to fit mediums that lasted a single spin-filled lap before he came back in again for inters. 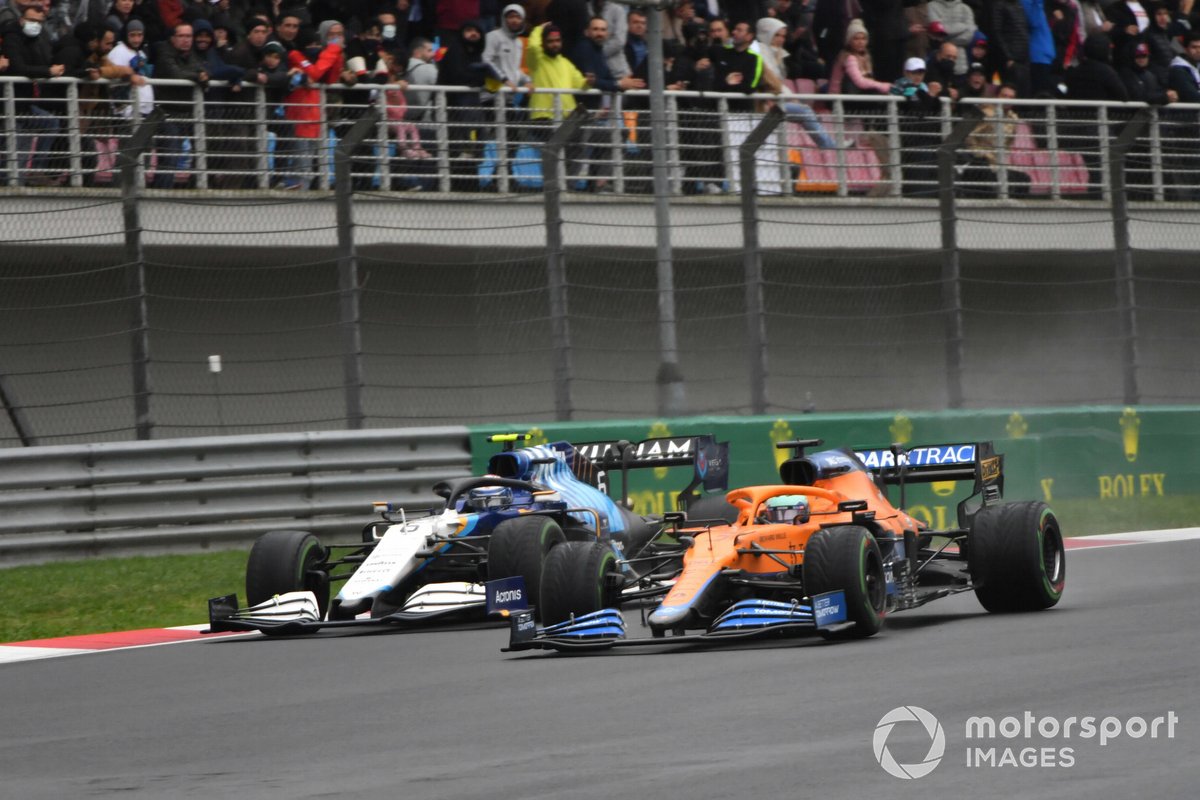 Red Bull hoped to cut the gap to Bottas by pitting Verstappen first on lap 36, but Mercedes reacted one lap later, ensuring the lead remained safe. It meant Bottas stayed in control and, thanks to his pace advantage, comfortably pulled clear of Verstappen.

But not everyone thought it was time to pit, with the two notable exceptions being Hamilton and Ferrari’s Charles Leclerc. Leclerc now found himself leading after keeping up with Bottas and Verstappen in the opening stint. Ferrari was aiming to go the whole race without making a pit stop.

It was the same tactic Mercedes considered for Hamilton. He was now up to fourth place, and told Mercedes over the radio that he did not want to pit as his pace still felt OK. The team agreed to keep him out longer, giving itself more thinking time and the chance to potentially save a pit stop if the track dried out for slicks in the closing stages.

At first, the pace of the worn intermediates held up well, as those who pitted struggled with graining on their fresh tyres. But their advantage soon returned, allowing Bottas to ease past Leclerc and regain the lead, prompting Ferrari to pit him on lap 47.

By now, Mercedes was growing increasingly anxious of where Hamilton might finish if he did not pit soon. The gap to Perez had stood at 18 seconds initially, but was fading fast as the Mexican driver’s pace improved.

Mercedes opted to cut it losses and pit Hamilton on lap 50, fearing that going any longer would drop him behind Pierre Gasly. Hamilton rejoined the track in fifth place, much to his annoyance, and struggled with graining that meant he could do nothing to catch the drivers ahead.

Mercedes admitted after the race that, with hindsight, it should have pitted Hamilton 10 laps sooner. The advantage of getting the intermediates well worn in was proven by Perez, who came in 10 laps before Leclerc but was able to breeze past the Ferrari for third place. 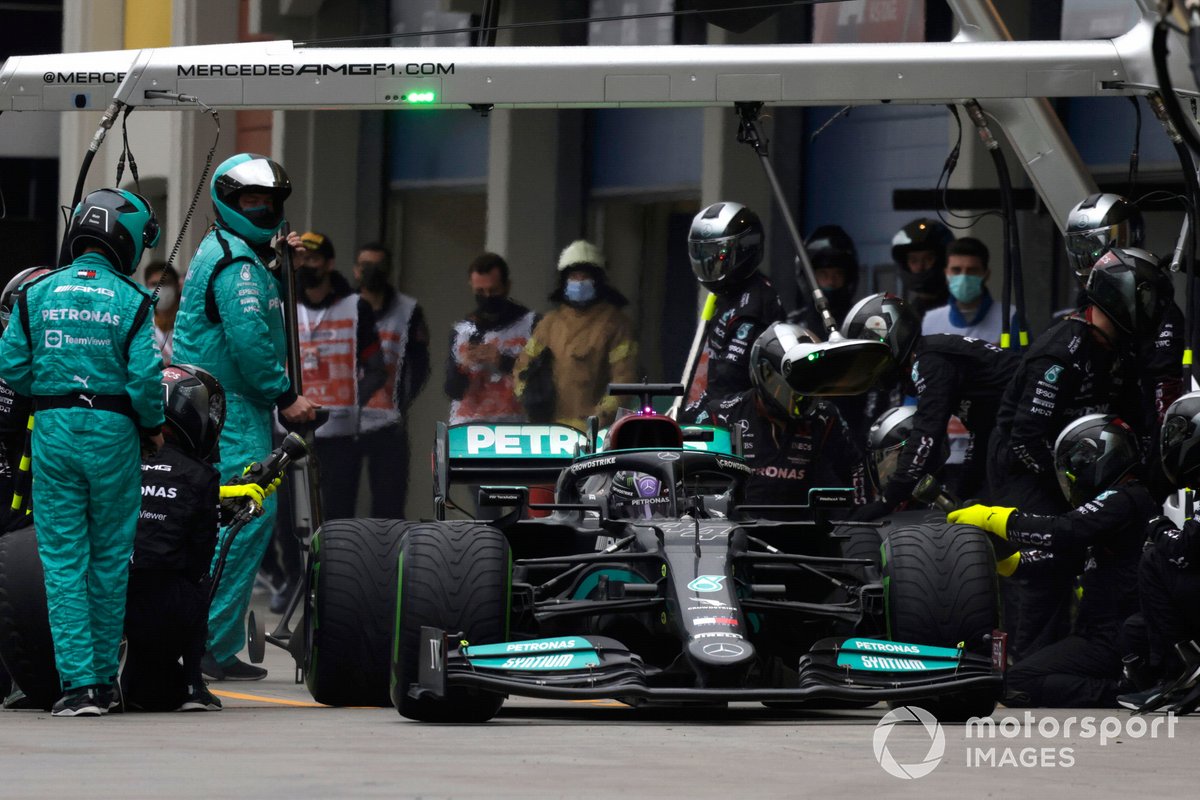 But could Hamilton have held on to third had Mercedes not pitted him?

The answer, probably, is no. Esteban Ocon was the only driver to run a no-stop strategy, and although it gained him a point, he struggled massively in the closing stages.

Ocon lost 19 seconds to Lance Stroll in the space of five laps, and was lucky not to be passed by the Alfa Romeos. His tyres were visibly damaged at the end of the race, and may not have lasted another lap.

Hamilton might have been frustrated by Mercedes’ decision, yet it probably saved him from losing more ground to Verstappen in the title race or, at worst, risk a puncture or DNF that could have been even more costly for his title hopes.

The fine margins involved mean calls like this could end up being decisive in the title battle, with just six points separating Verstappen and Hamilton with six races to go.