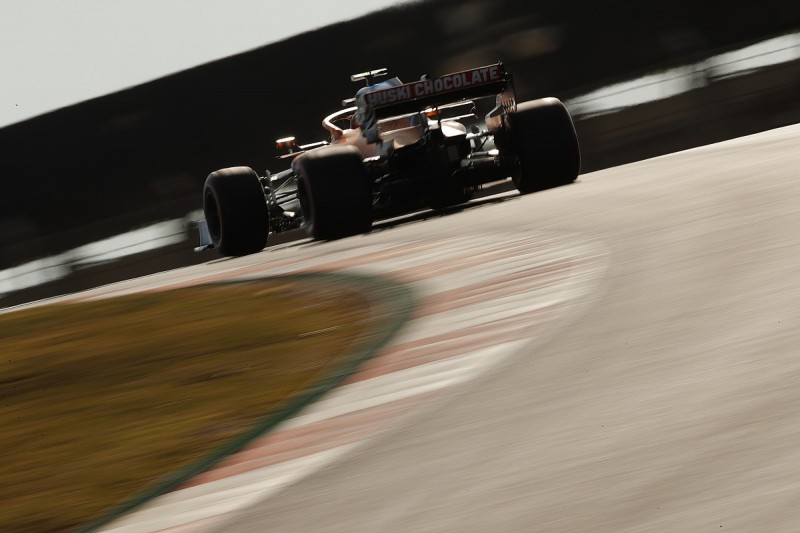 He's had his fingers burned by social media's keyboard warriors who have trouble appreciating that he's only human. But after two years in the intense spotlight Formula 1 brings, Lando Norris has no plans to change his outlook

After a hectic year for Formula 1 featuring 17 races in just over five months, most of the paddock felt in need of a holiday. But while the world remains in the grip of a pandemic and as travel restrictions grow again, it's a prospect most could only dream of during the winter months.

Nevertheless, a number of drivers have managed to get away, incorporating some time off into their off-season preparations. Charles Leclerc, Lando Norris and Pierre Gasly are just three drivers to have done so, each recently spending some time in Dubai. Travel from the UK is permitted on work grounds, meaning a training camp - which Norris was travelling for - is technically an acceptable reason for leaving the country.

In the case of Norris, he had to spend a bit more time in Dubai than planned. A positive test for COVID-19 in early January forced him to self-isolate for two weeks in a hotel, having reported a loss of taste and smell. He has since returned to the UK. (Leclerc also tested positive following his trip upon returning home to Monaco.)

Luke Smith is Autosport’s Formula 1 reporter. Luke has been working in F1 as a journalist since 2013, initially alongside a History degree at University College London. Luke served as the lead F1 writer at American broadcaster NBC Sports from 2013-17 before spending two years as the F1 Editor for Crash.net. Luke joined Autosport for the 2020 season.

Luke is also a contributor to The New York Times for its F1 special reports, and has previously worked with Al Jazeera and CNBC, as well as hosting FIA press conferences. Outside of F1, Luke is a fan of sports and music, with an ever-growing vinyl collection, and has being bitten by the running bug in recent years. He also runs a surprisingly popular blog reviewing the often-terrible media centre coffee from his F1 travels.

From the archive: When Little Al showed his F1 credentials