Speculation has circulated that Renault's worse-than-expected first season back in F1 as a factory team has prompted internal turmoil, with a knock-on affect on finalising its 2017 driver plans.

Renault Sport racing president Jerome Stoll, along with managing director Abiteboul and team principal Fred Vasseur, are the men charged with trying to smooth the waters at Enstone and Viry.

Asked whether there was any conflict inside Renault, Abiteboul told Autosport: "Just tension because of the performance.

"Look at Red Bull, there was lots of tension last year, and ask Mercedes when they were not performing - there was also tension - so of course we have tension.

"I'm not shocked by the situation we are going through right now, and absolutely I can handle the tension.

"If people are not prepared to handle or live through that tension then they shouldn't be in Formula 1."

Abiteboul, who switched from the engine facility at Viry to oversee the chassis department at Enstone a few months ago, recognises there is a need for authority and direction within the team.

"The one thing the team needs is not money, investment or people, but leadership - very clear leadership," said Abiteboul.

"That's what Jerome, Frederic and myself have to provide to the team - clear and overall leadership of where we want to go, and that is what we are in the process of clarifying for everyone's benefit.

"Everyone has to accept, internally and externally, that nine months ago none of this existed, none of this management structure. 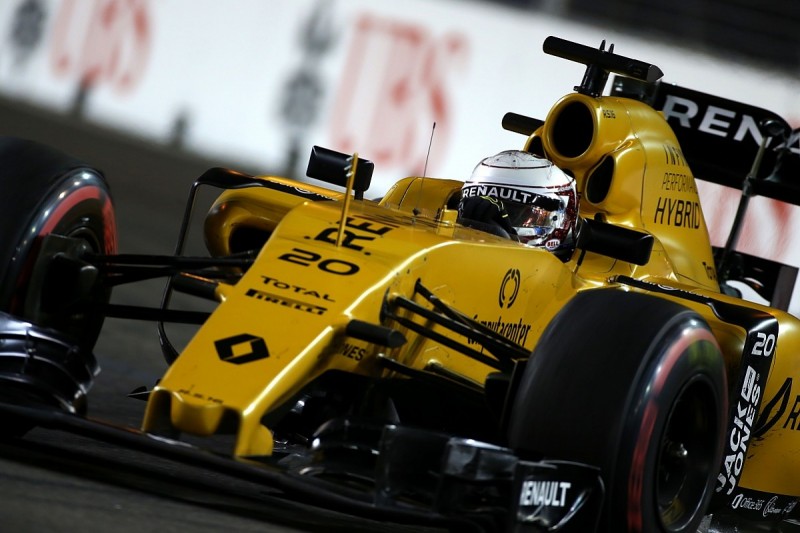 "People just need to give us a bit of time so that there is a clear understanding and perception of who is responsible for what.

"But between Jerome, Frederic and myself, we have the types of personalities, skillsets, and management time to organise the two teams.

"It's very demanding, but we have what it takes."

Abiteboul believes it should not be forgotten the works team is still in its infancy just nine months after taking over Lotus.

"When things do not go well, it's difficult, that's no secret," said Abiteboul.

"And when a team performs then suddenly it's a honeymoon again for everyone.

"When I look at what most of the team has had to go through I'm not worried, and I don't think we should be shy or ashamed of what we are doing.

"We have ambition, and there is nothing that makes me think we are not going in the right direction with the structure we have."