Stroll in a 'love-hate' relationship with F1 amid Williams troubles

Stroll scored a podium and qualified on the front row during his rookie F1 season with Williams in 2017, but the team's struggles in 2018 have consigned him to much lower results.

He has scored points once, finishing eighth in Azerbaijan, and has struggled to make it out of the first part of qualifying as the team grapples with its underperforming FW41.

Stroll told Autosport that he still feels the buzz of being in F1 "all the time" even though he has been restricted to "little glory moments" this year.

"This sport is a love-hate relationship and you have to have pride in the difficult times," said Stroll.

"You have to reflect on the past and know that there were good times, and [believe there are] good times ahead.

"You have to ride the rollercoaster. That's what F1 is.

"You just always have to keep the morale high and keep positive and disconnect from the track when you can and come to work motivated and ready to go, regardless of what the situation is.

"This sport changes all the time and it's just about being there and waiting for your moment to shine."

Stroll has adapted his targets during the tough season and said those who know how F1 works will be aware that "12th or 13th place in a Williams is a good race".

"Of course the results are not the ones we want, but picking up points in Baku was good," he said.

"The few times I have got into Q2 felt good, you have to get everything out of it and as a driver that is satisfying.

"I feel like I made a good step over the winter and that I'm much more on top of the car than I was last year." 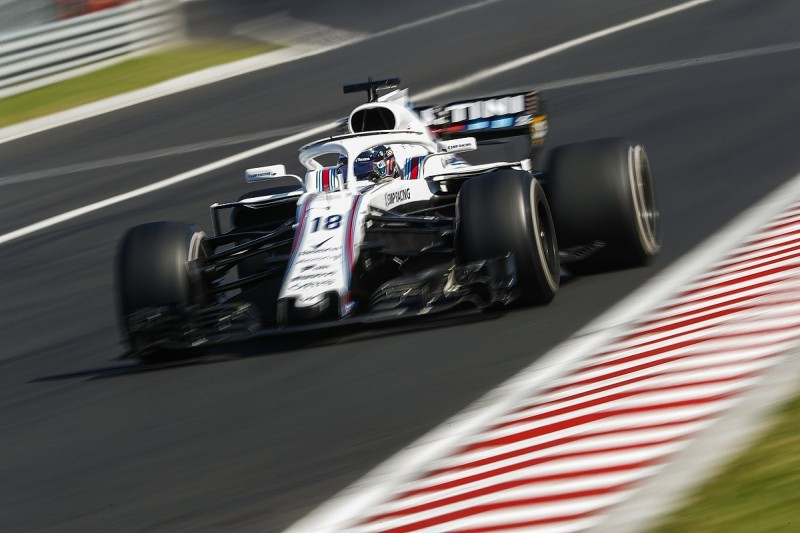 Williams has been pushing to improve its car throughout the season and brought several upgrades prior to the summer break, including new front and rear wings, to stabilise its balance.

Stroll said it has been tough to evaluate the team's progress this year after starting behind and having up-and-down results since, but believes it can target points over the rest of the season.

"A lot of the time we see some hope after a good weekend and then the following weekend [is tougher]," he said.

"Like in Austria, for example, I got into Q2 and we were a lot closer to and even in front of some of the competitors.

"Then the following weekend at Silverstone we had that stall problem which disappointed everyone.

"It's still hard to come to a conclusion over where we are with development and where we are compared to the others.

"The goal now is to just keep having some consistent weekends with the aim of being further up the grid.

"Then we can come to a conclusion that we are going in the right direction."