After a decorated junior single-seater career, including the 2015 GP2 title and a successful stint in Japanese Super Formula, Vandoorne was expected to star upon receiving full-time promotion to F1.

But the Belgian racer failed to escape Q1 at any of this year's first five races, while star team-mate Fernando Alonso earned plaudits for plucky performances in a difficult car.

Vandoorne accepts he did a bad job in the first part of the season, but says his situation was worsened by his lack of experience coupled with chronic unreliability and the poor driveability of the McLaren-Honda package.

"I knew in the beginning it wasn't good enough, but I also knew that I was dealing with a lot of problems," Vandoorne told Autosport.

"The first races were definitely not to my standards, but it's only my first season in Formula 1 so this kind of whole relationship with the team, with my engineers, had to develop.

"Because we ran through so many problems it was difficult to do that.

"Then, everything started to develop in the right way." 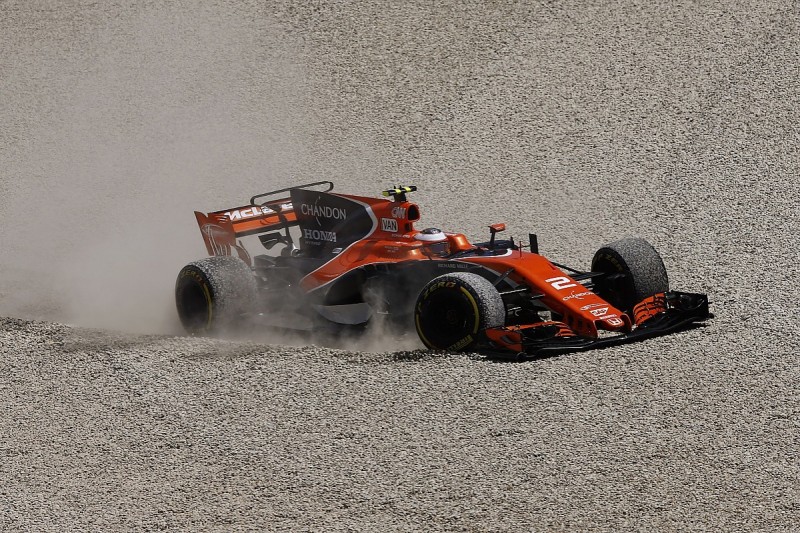 McLaren conducted some special work with Vandoorne after May's Spanish Grand Prix in a bid to improve his form.

He was called to McLaren's Woking HQ for simulator sessions and encouraged to adapt his driving style, while McLaren engineers were tasked with taking greater account of Vandoorne's needs when setting up the car.

Vandoorne made Q3 in Monaco, outqualified Alonso at Silverstone, was kept on for 2018 when his contract option was taken up, and ultimately finished just four points adrift of Alonso in the championship.

"That period around Monaco, but even Canada, Baku - those were key moments where we gathered a lot of information," Vandoorne explained.

"Massive efforts from my side, from the team side, and everything started to fall together."

After consistently dominating races from the front in his junior career, Vandoorne admits racing regularly in the midfield pack in F1 has been a difficult adjustment, though McLaren is expecting to be more competitive in 2018 after ditching Honda for Renault engines.

"It's definitely not the position I want to be in, I'd rather fight at the front and for victories - that's where I probably feel much more comfortable from everything I've done in the past," Vandoorne added.

"I think the team is going in the right direction. There's a lot of changes coming up which are very exciting, but in terms of actual results it's still very difficult to say.

"In F1 it's so difficult to predict - you have to wait until winter testing, go to the first test and then you know how good you are."

Behind the scenes of Mercedes' title success