After a disappointing start to the season, that has left Fernando Alonso and Kimi Raikkonen without a podium finish, Domenicali has shouldered the blame for the team's lack of form.

He has moved aside with immediate effect, and will be replaced for now by Marco Mattiacci, the president and CEO of Ferrari North America.

An announcement confirming the changes is expected imminently.

Domenicali had been team principal at Ferrari since 2008, having previously worked for the Maranello-based outfit in administration and human resources roles, before becoming its sporting director.

Despite Domenicali helping the team secure the constructors' championship in his first year in charge, Ferrari was pained by the fact that it failed to secure a drivers' title under his tenure.

It did come close to it, with Felipe Massa only losing the drivers' crown in 2008 at the final corner, while Alonso lost out in title showdowns in 2010 and 2012 to Sebastian Vettel.

The arrival of new regulations in 2014 delivered a golden opportunity for Ferrari to return to the very top, with the manufacturer teams expected to have an advantage this season because of the increased importance of the engine.

But, while Mercedes dominated the opening three races, Ferrari found itself on the back foot - with its power unit struggling to match what its German car manufacturer rival had delivered. 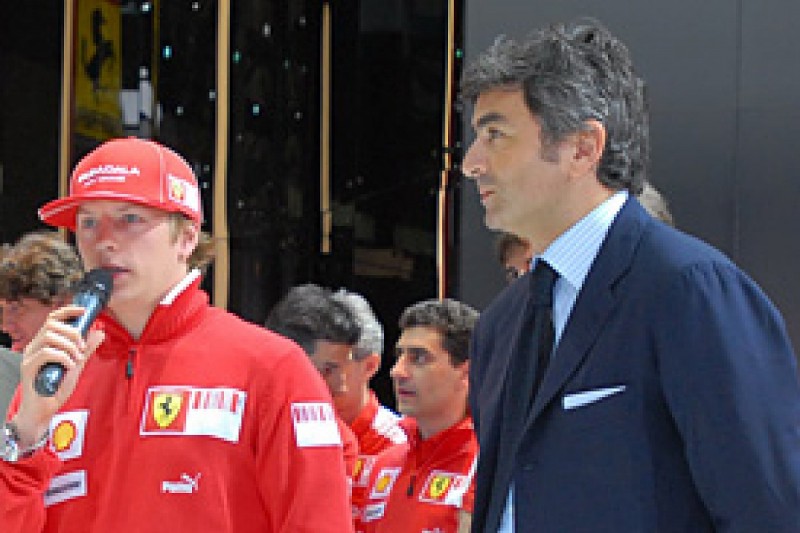 Its engine struggles were highlighted in Bahrain, where both Alonso and Raikkonen were left fighting for the lower points positions and found themselves powerless to defend against many of the Mercedes customer teams.

The lack of pace in Bahrain could not have come at a worse time for Ferrari, either, with its president Luca di Montezemolo having spoken out against the new fuel-efficiency regulations ahead of the event.

He turned up at the Sakhir race, but left before the end when it became clear how much Alonso and Raikkonen were struggling.