Ricciardo was excluded for "consistently" exceeding the maximum permitted fuel-flow rate of 100kg/h on his way to second place in Melbourne.

Red Bull had opted to switch to its own fuel-flow model for the race rather than using the FIA-homologated fuel-flow sensor, produced by Gill Sensors, with team principal Christian Horner describing it as "immature technology".

Both Whiting and the FIA head of powertrain Fabrice Lom are also in attendance.

The sensor Red Bull used in the race was one it had run during Friday practice, but which had demonstrated "a difference in readings" between the first three runs of the first session and the rest of running.

Red Bull switched to a new sensor for Saturday, which was deemed not satisfactory to either team or the FIA, so it used the original sensor in the race.

The FIA does permit teams to use their own fuel-flow model, with a correction factor, should there be problems with the sensor.

But technical directive TD/016-14, issued on March 1, states this is only if the governing body approves it.

Red Bull did not have permission to do so, which according to the stewards' decision issued in Australia was a violation of the procedure of the technical directive.

Last month, Horner laid out Red Bull's appeal plan, which will be based upon the fact that it claims not to have exceeded the maximum fuel-flow rate and the non-regulatory value of technical directives. 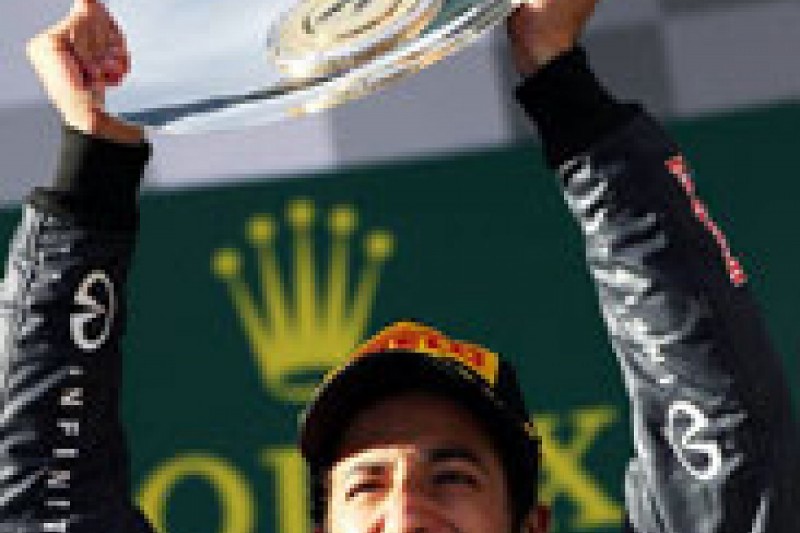 "Technical directives are the opinion of the technical delegate, as was made clear in the Pirelli case [the Mercedes secret test in 2013], which clearly stated that opinions of Charlie [Whiting, FIA race director] are not regulatory.

"It is even stated on the bottom of the directives now, that these do not have regulatory value.

"Our position is as it was in the race: that we believe, and we believe we will be able to demonstrate in the court of appeal, that we fully complied with the technical regulations - 5.1.4, to be explicitly clear."

Horner also said earlier this month that new evidence will be brought to the table during the appeal that he believes will boost the team's chances of success.

"We have got a very strong case," he said. "As more races have progressed, issues have become more evident and new evidence has come to light, new understandings have come to light.

"So hopefully we can present our case fairly and get our second place back that Daniel deserves from Melbourne."

Whiting is adamant that the regulations covering how fuel-flow rates will be measured are clear-cut.

"Article 5.10 make sit quite clear in my view that the only way the fuel flow will be measured is with the homologated sensor," he said last month.

The result of the hearing could have serious implications for the policing of fuel regulations in future.

Formula 1 teams called to urgent cost cuts meeting in May