Dave O'Neill is leaving his role as sporting director of the Haas Formula 1 team and is set to be replaced by Renault race team coordinator Geoff Simmonds, Autosport understands

O'Neill joined Haas late in 2014, tasked with setting up the team to join the F1 grid and assuming responsibility for the day-to-day operational management of the track staff.

It came after he was drafted in to set up Virgin, which later became Marussia/Manor, for its debut in the 2010 F1 season and assumed the role of team manager.

Previously, he spent seven years at Jordan, fulfilling the roles of team manager and chief mechanic, followed by a short stint in A1GP.

He will be replaced at Haas by Simmonds, whose final race with Renault is believed to be the Japanese GP.

"David is leaving for family reasons, he relocated to the United States. That doesn't work for us.

"He will be around for a few more races and then he will be gone.

"I don't know any detail about his company but he is free to do that.

"We have a good relationship. He helped a lot bringing us to where we are." 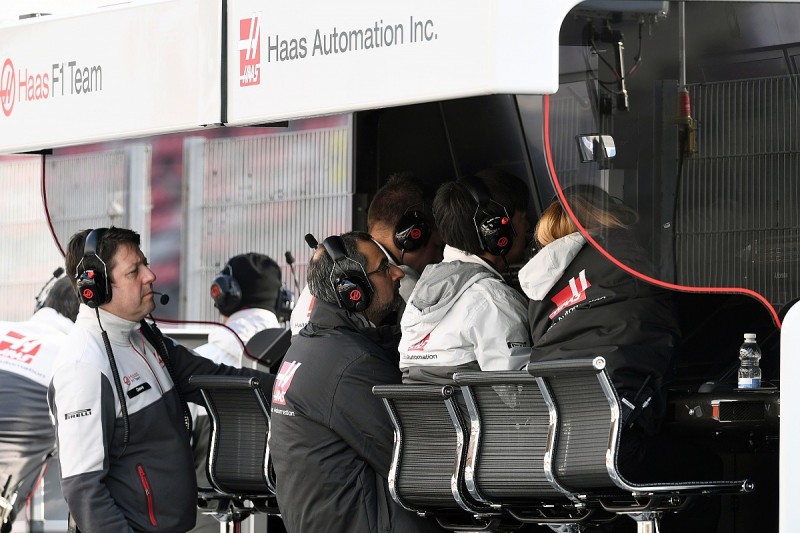 "We may or may not be making an announcement in relation to him," Abiteboul said.

"Geoff is an important person of Enstone. Not just Renault and Lotus but Benetton before.

"Geoff has been part of the Enstone family so we have to prepare a big farewell party, even though he may or may not be going very far.

"But I can confirm this first part of the move at least."