Sebastian Vettel says Ferrari made some changes that didn't work for the second Formula 1 free practice session in Singapore, during which he hit the wall and curtailed his running

Vettel ended the session ninth fastest after brushing the wall on the exit of Turn 21, the penultimate corner, abandoning his qualifying simulation lap immediately and heading to the pits.

He didn't return to the action, meaning he also missed out on the crucial race simulation work that teams traditionally carry out in the second half of FP2.

"The lap I had up to the kiss to the wall was OK, but I wasn't very happy with the car," said Vettel after the session.

"In the morning [FP1], there was some phases that were really good, in the evening we tried something, maybe it didn't work, I think we'll probably go back but that's normal.

"Obviously there was a bit more than just a kiss [with the wall], then we took a precaution and decided not to run.

"We lost some time which is not ideal, nevertheless I've got a good feel for the car.

"Tomorrow it will be key to find the right balance and to feel the car a little bit better than this evening, then we should be fine."

Vettel's team-mate Kimi Raikkonen topped the session, which is the only chance to get meaningful running in the same conditions the race will be held in. 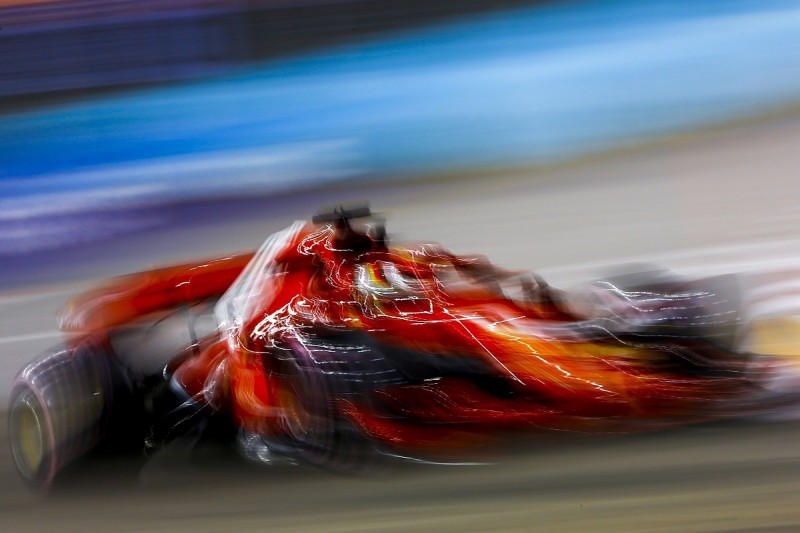 However, Vettel said losing practice time later in the season is less of a problem than it is at the start of the year, when teams have less data to work with, and that he can even learn from what Ferrari's rivals were up to.

"We are so late in the season that we roughly know what to look at, also from the other cars, so it's not a big drama if you lose a bit of track time," he said.

"It's not ideal, it's not what I wanted today, but sometimes it's like this. We can recover, I think, most of it tomorrow.

"I tried a little bit too hard and we lost some time, but overall the car is working, we can improve it from where it was.

"It's not yet where I want it to be but for tomorrow we should be in a better place."