Having been courted by Renault over the summer only for a lack of clarity behind the scenes to scupper the move, Perez is almost certain to remain with Force India for 2017.

But continued delays in getting the deal over the line mean an element of doubt remains, with Perez setting a deadline of next week's Japanese Grand Prix to finalise matters or he will consider a move elsewhere in F1 or other motorsport.

"I believe that next week is crucial to sort out my future, so by next week I need to know if the option [to stay in F1] remains or if I have to look somewhere else," said Perez.

Asked to explain the hold up, Perez replied: "My deals are quite complicated in that my sponsors have to do deals as well, so we have to make sure everything is in place.

"Hopefully they can come to an agreement soon because if they don't then it will be quite difficult."

Perez has confirmed he is "concentrating on one team", adding: "There are some interesting options on the table.

"Att the moment I hope it works out with one team, and if it doesn't then by next week we will have to look at something else.

"Obviously I want to keep my career in Formula 1 going, but I cannot wait much longer." 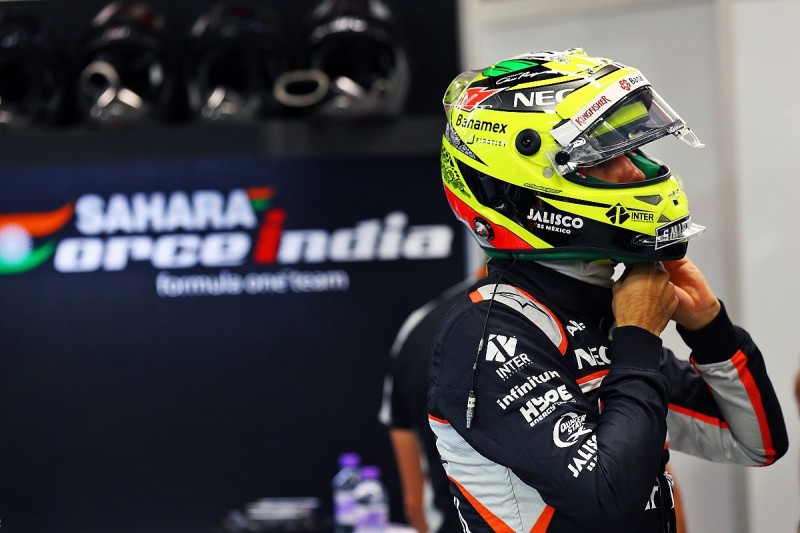 Perez added he is "not worried" as he believes himself to be "in a good position".

"Thankfully there is a lot of interest out there that makes you feel that way," he said.

"At the end of the day if things don't work out as planned then you have to look at somewhere else, but it's not something that bothers me too much."

The 26-year-old has dismissed suggestions of waiting until his home race in Mexico at the end of October to make any kind of announcement.

"I don't think I can take that long because the longer you take the fewer options are available, and people are not going to wait forever for you," said Perez.

Speculation has surfaced that the reason behind the delay is Perez is only looking for a one-year deal in order to keep his options open for 2018 and a potential move to Ferrari.

Perez said: "Other people are saying that, but for me it's more important going into the next generation of cars with a team I know, and with people around me I know, and build from that.