Earlier this year, the Spaniard signed a new deal to stay at Toro Rosso in 2017 but there has been consistent speculation linking with him a move to Renault.

Sainz insisted his dream is to be fighting for the title with Red Bull in 2018 but Daniel Ricciardo and Max Verstappen have contracts with the senior team that run up until the end of that season.

Asked about Renault's continued interest in him, Sainz replied: "There's been a bit of interest, a bit of contact, which for me in the end has to be an honour - that a manufacturer team is actually worried about me and wants to know my contract situation.

"It's an honour to have interest from a manufacturer team that wants me to develop the car, to create a good base for the future.

"But at the end my main target and my main objective is to not in 2017 but in 2018 be fighting for a world championship and hopefully that will be with Red Bull.

"That's my main target even though I know it's very difficult.

"But the only thing I want now is for that to happen and now I need to find the shortest way to that point." 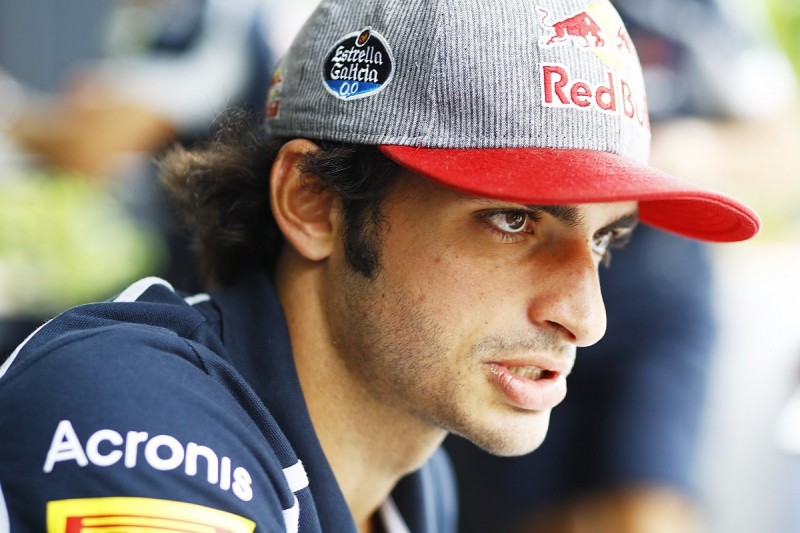 Sainz said the speculation is not "destabilising" but rather a positive as it means he has options for the future.

"I'm a bit aware about what's going on, but I don't know all the details of what's happening," he said.

"First of all because I'm focused on this season and I don't want to think much about my future when there are still an important and tough six races remaining.

"It is my job to be informed but I think it's more down to [Red Bull motorsport advisor Helmut] Marko and my management to sort out that kind of stuff.

"But it makes me quite proud that a manufacturer is interested in me - it's something that every driver wants.

"My situation at the moment is I have other possibilities and it makes me proud and happy."

Renault has struggled this season and when asked if he would like to drive a Toro Rosso or Renault next year, Sainz chose Toro Rosso, adding he had little knowledge of how quickly Renault could get back to the top.

"At the moment I have full trust in Toro Rosso, knowing that they are going to produce a good chassis for next year," he said.

"If there was any kind of doubt, Singapore proved that Toro Rosso is probably the third or fourth best chassis on the grid.

"About Renault I still have not enough information to know if they're going to perform next year, if it's going to take them two years or three years."