Norris was on course to take third place on the grid for the Emilia Romagna Grand Prix, which would have been his best-ever qualifying result in F1, but had his fastest lap time deleted due to exceeding track limits at Turn 9.

That transgression relegated Norris from third to seventh in Q3, behind team-mate Daniel Ricciardo, and prompted Norris to be very self-critical.

Speaking straight after qualifying, Norris said he was "pretty disappointed and annoyed with himself" and admitted he had "effed it all up".

Team boss Seidl, who revealed he gave a reluctant Norris a hug after qualifying, said his driver's reaction is part of his personality, but was confident Norris would quickly be able to refocus on Sunday's race.

"I've seen it also in previous years. At the same time, he's a guy who manages to put that aside at the latest tomorrow morning and with a full refocus on the task ahead.

"He did a sensational job in this qualifying session, he was flying.

"He got a hug from me after the session, which he doesn't like, but I'm sure he will be back to full focus tomorrow morning." 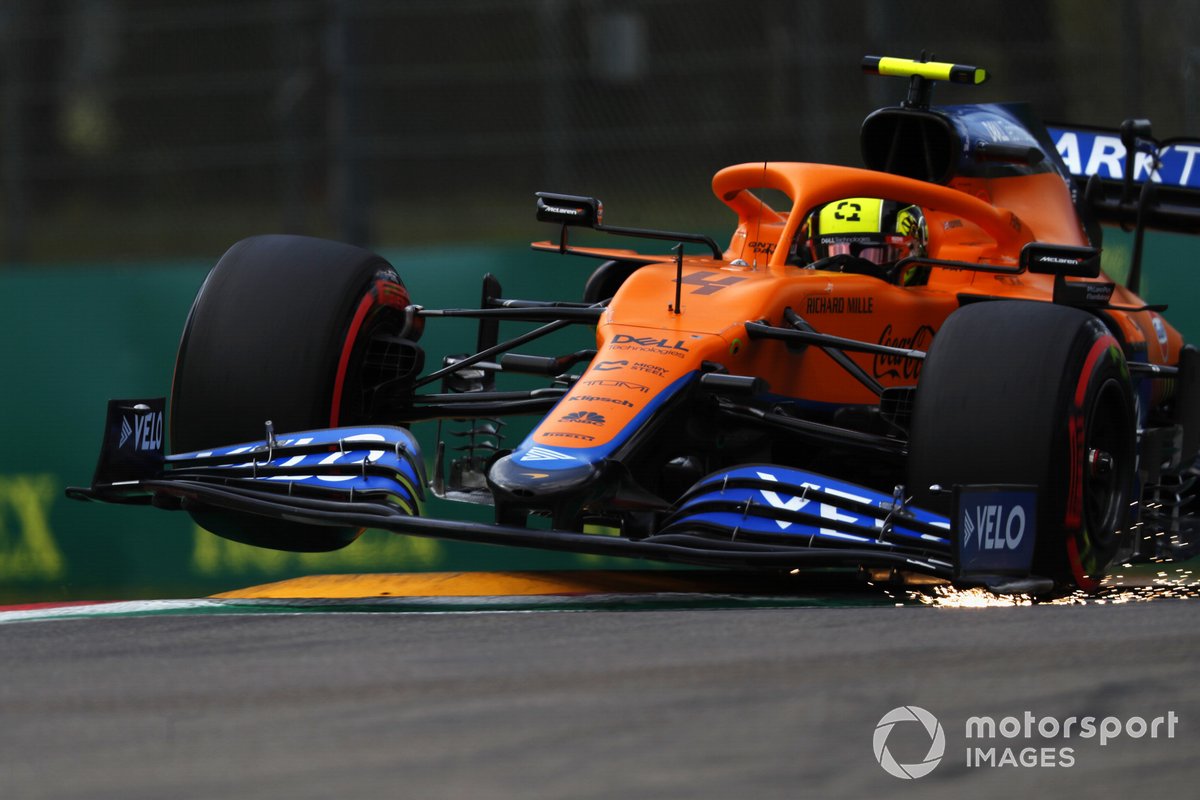 Several hours after qualifying, Norris said he stood by his initial reaction, which was partly fuelled by how difficult it is to overtake around Imola, making his qualifying error even more costly.

"I still agree with what I said. It should have been P3, so I’m not happy about what I’ve done, am I?" Norris added.

"I think there were a lot of positives from the session. The fact that it actually could have been P3 is a huge positive for us.

"It’s not an easy track to overtake on, so of course I agree with the comment that I made because that’s exactly what I did."

Norris crossed the kerbs by a few inches at Turn 9, the narrow uphill left-hander of Piratella, which is known for its blind exit.

When asked by Autosport how tricky that corner is in terms of judging the track limits, Norris explained it is one of Imola's most challenging sections.

"It’s quite a big inside kerb, so you don’t have much room to play with," he said.

"You’re on a very particular line and you just go that little bit quicker, then you can end up a couple of centimetres wider.

"It’s a very difficult corner, it’s a little bit blind in the middle. You can’t see the whole exit of the corner the whole time.

"So, I’d say on this track it’s probably one of the hardest to judge exactly where you’ve got to end up. It is much trickier than it looks."