Mercedes driver Hamilton upset the formbook to clinch pole position ahead of Sergio Perez and Max Verstappen, who both made mistakes on their final Q3 laps at Imola and missed their own respective chances to head the grid.

Perez is starting on the soft compound tyres after he and Red Bull opted to prioritise ensuring a Q3 berth over using the medium tyres in qualifying’s middle sector, sacrificing what would have been a better starting strategy as a result.

Hamilton and Verstappen did get through Q2 on the medium tyres, which means their race strategy can have greater flexibility by being able to run longer in the first stint.

But it is understood that the 2021 Pirelli C4 softs are not degrading rapidly in the weekend’s cool conditions, which increases Perez’s chances of taking the fight to Hamilton alongside his team-mate.

Speaking after taking his 99th F1 career pole, Hamilton was asked for his thoughts on how Mercedes might battle both Red Bull cars in Sunday’s race – the reverse situation to many events in recent seasons where only Verstappen has been able to bother the Black Arrows up front.

“If we’re able to get off in order, then they obviously have a bit of a better set of cards in terms of strategy,” said Hamilton.

“But that doesn’t mean we can’t pull out something unique and do something different. 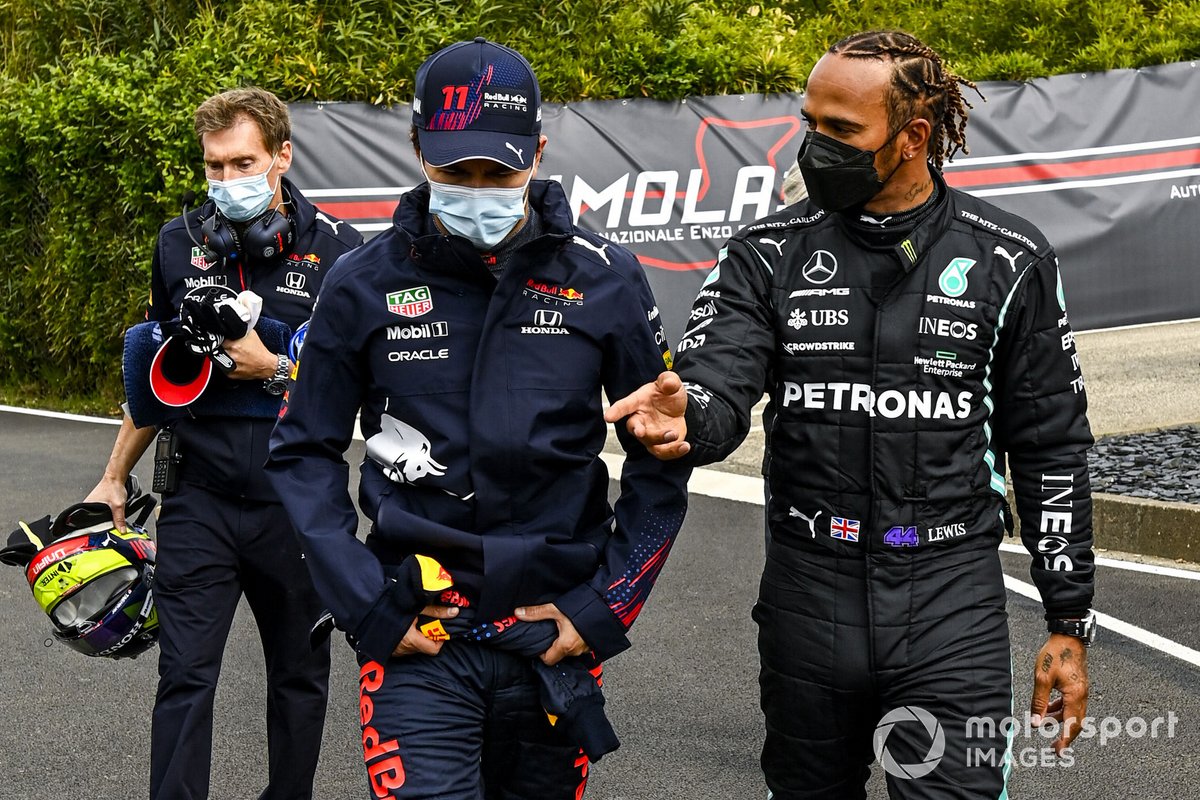 “I’m not really sure what happened with Valtteri [Bottas, the 2020 Imola polesitter who qualified eighth after topping both Friday practice sessions and Q1].

“It’s very hard to overtake here so obviously we probably won’t have the support of him early on, but nevertheless maybe he will make it through.

“But otherwise we’ve just got to focus on our job and try and do absolutely everything and more to keep these lads behind.”

When asked by Autosport to explain the difference between his two Q3 laps – the second of which was fractionally slower than the 1m14.411s that secured pole – Hamilton said: “I didn’t honestly know whether or not we could do it.

“The first lap, for example, of Q3, started I think a tenth up out of Turns 1 and 2 and I knew that I was onto a good lap, but the second sector lost a little bit in Turn 12 [Acque Minerali].

“So, having those two together I think would have been the perfect-perfect lap – but I’m honestly so happy with that [first] lap.

“The first lap really is obviously where it counted. So, grateful for it.”