Lando Norris has a chance of breaking the top four Mercedes/Red Bull lock out in the Formula 1 driver standings this year, reckons his team boss Andreas Seidl.

Following a bright start to the 2021 campaign, which has included a podium finish at the Emilia Romagna Grand Prix, Norris is currently sitting in third place in the drivers’ standings behind Lewis Hamilton and Max Verstappen.

But while McLaren does not appear to have a car that is capable of regularly beating the pace-setting Mercedes and Red Bull teams, Seidl thinks that Norris’ consistency could be an ace up his sleeve in holding on to a strong position in the drivers’ table.

“There's always a chance,” said Seidl, when asked about the prospects of Norris keeping himself ahead of one of the Mercedes or Red Bull drivers until the end of this year.

“But it's simply important that we, together with Lando, keep delivering weekend by weekend.

"Consistency is king, together with performance obviously, in order to out score cars that on paper, and in reality, are definitely quicker than us. 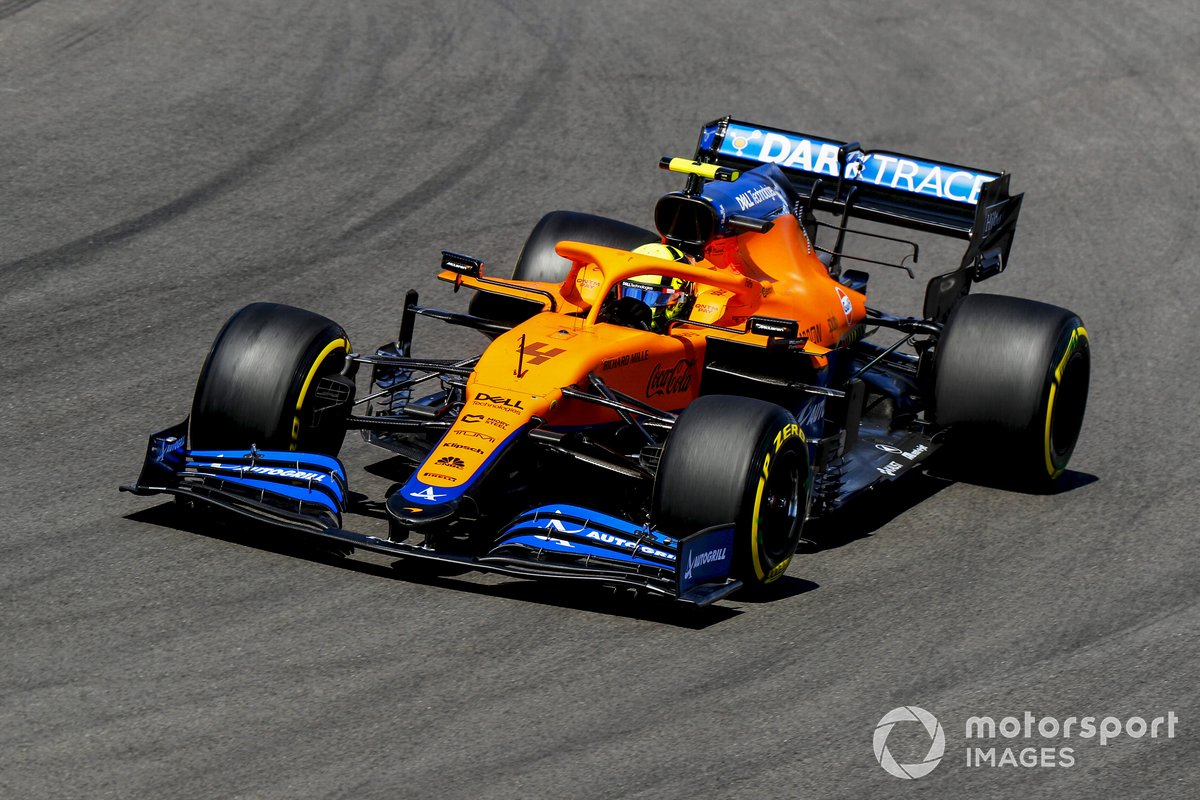 “If we keep delivering upgrades to the car, if Lando keeps doing what he did so far these first three races, it will end up in keeping the pressure on these guys ahead of us and then there will be opportunities to finish races in front of them.

“But, at the same time, you need to be realistic. If these guys get their act together each weekend, then we simply have to acknowledge or accept we are not there yet in terms of performance.”

Seidl says Norris’ strong start to 2021 is the result of the young Briton being fully ‘at one’ with his McLaren car, which is allowing him to perform at such a consistently high level.

“In Portugal he simply continued what we have seen from him in the first two race weekends,” said Seidl.

“He's pulling it off when it matters.

“He's at one with the car and with the team. I think, again, he drove a brilliant race, doing great manoeuvres, and great overtaking moves also.

“He always kept his engineering team updated with the overview in order to make sure we execute the tyre strategy in the right way, and I would say he had the race under control at every second.”