Vettel was handed a 10-second stop/go penalty for dangerous driving after turning into Hamilton as they readied themselves for the second restart in Baku.

It came moments after Vettel hit the rear of the Mercedes at the exit of Turn 15, claiming Hamilton had brake-tested him - although FIA data ruled this out.

Vettel believes Hamilton should have also been penalised for the incident, while Hamilton said Vettel had "disgraced himself" with his actions.

"I don't have a problem with him," insisted Vettel. "I respect him a lot for the driver he is.

"I don't think that was his intention [to damage Vettel's car in the first touch] because he's also risking damage to his car, and his race is over.

"Now is not the right time to talk.

"I'll do that just with him and clear it and move on.

"Maybe I'm not clever enough but I'm not complicated.

"I'm willing to sort it out with him. I don't think there's much to sort out." 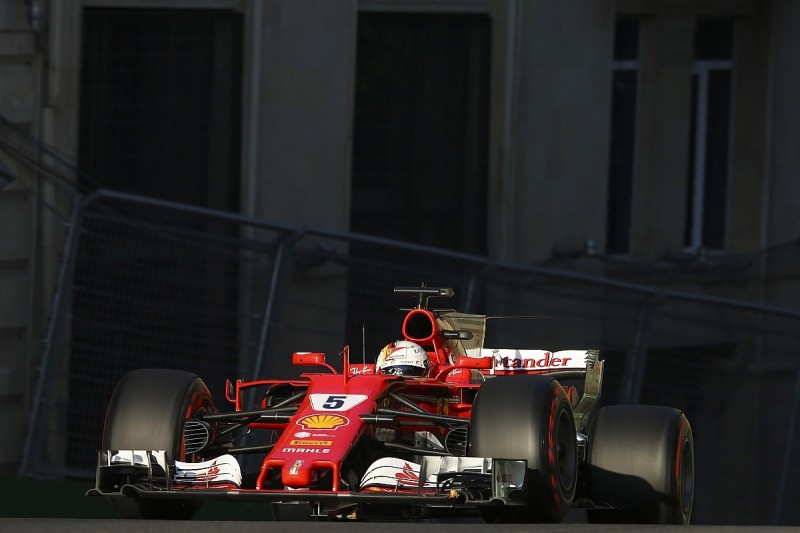 Vettel finished fourth, with Hamilton fifth after an extra pitstop to repair a loose headrest.

As a result, Vettel extended his lead in the drivers' standings to 14 points.

In addition to his stop/go penalty, Vettel was also given three penalty points for the incident, taking his total to nine for the past 12 months.

That leaves him just three points away from a race ban under F1 rules, following three other offences he committed last season - though three of those points expire after the next race in Austria.

When asked if felt his actions would tarnish his reputation, the four-time world champion said: "No. We're here to race. We're grown ups and people expect us to race and use our elbows, that's what people want.

"Here and there you might get a bit close but people want real overtaking not just us driving past.

"I enjoyed the race but I don't think it's the right thing that I got a penalty and he didn't."