The Ferrari driver tried to pass second-placed Bottas round the outside of Turn 2 after his rival suffered excessive wheelspin on the exit of the previous corner.

Bottas kept the inside line and bounced over the kerb, pitching him into Raikkonen and pushing the Ferrari into contact with the wall.

"Not much I could have done," said Raikkonen. "I got hit at Turn 2 and there was quite a lot of damage on the car already on the left-hand side."

Raikkonen had retired from this season's Spanish GP after contact with Bottas sent him into Max Verstappen's Red Bull, and the Ferrari driver said the incident was similar to the one in Baku.

"He [Bottas] braked very early, again - and I think he knows it was way too early braking - and I went just outside and it was fine, and suddenly I got hit from the other side.

"So I think he noticed he braked too early and just let the brakes go, and came way too fast into me.

"It was completely his fault, but obviously I paid the price."

The stewards took no action on the coming together with Raikkonen dropping to fifth and later retiring after hitting debris from the Force India clash, while Bottas went on to finish second after passing Lance Stroll ahead of the finish line.

Bottas said that he could not have backed out of the Turn 2 battle and was surprised it ended in contact. 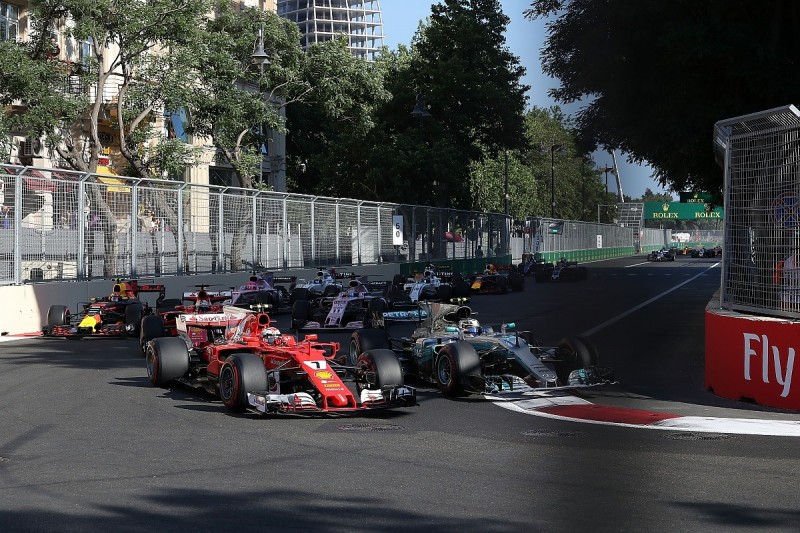 "He was turning in the corner so that for me there was nowhere else to go other than over the kerb. And for me it was not an option to back off at that point.

"So yeah, just went over the kerb, bottomed out, the car jumped and hit him and I got a puncture.

"I don't know really, I need to have a bit more [of a] look at the videos and stuff and review it a bit more but for me it was no option to back off.

"For me I was on the inside, I thought I had the corner, there should have been space for two cars to go around.

"He was anyway a bit further ahead so maybe he could've kept his position anyway."

Collisions between Bottas and Raikkonen go back to 2015, when the two fought for the podium in the Russian Grand Prix before they then made contact in Mexico.

"You know, it's a bit of a shame it's again me and Kimi but we've been fighting for similar positions and it's just unlucky that it's us again," said Bottas. 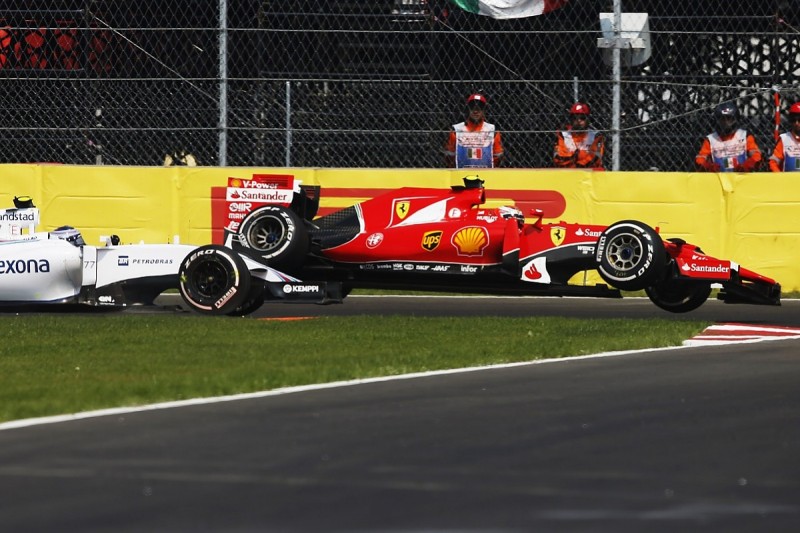