Vettel won three grands prix in 2015 and was Mercedes' closest challenger, prompting Ferrari to set its sights on a title fight this year.

However Ferrari has failed to trouble Mercedes or win a race in 2016, instead dropping to third in the pecking order behind Red Bull, which has won two races with Daniel Ricciardo and Max Verstappen.

"We are working very hard, we are very committed," he said.

"Of course, we wanted something else this year, for many reasons it didn't happen.

"Overall the car has been a good step from last year.

"Our performance was actually better than the results showed at times, but circumstances weren't always the best.

"Nevertheless, we can't be proud of this year, we're not, because we went into this season wanting to fight for the championship.

"The target for next year is very clear. It's an enormous challenge for all of the teams and ourselves to get the cars ready for next year because there are so many changes." 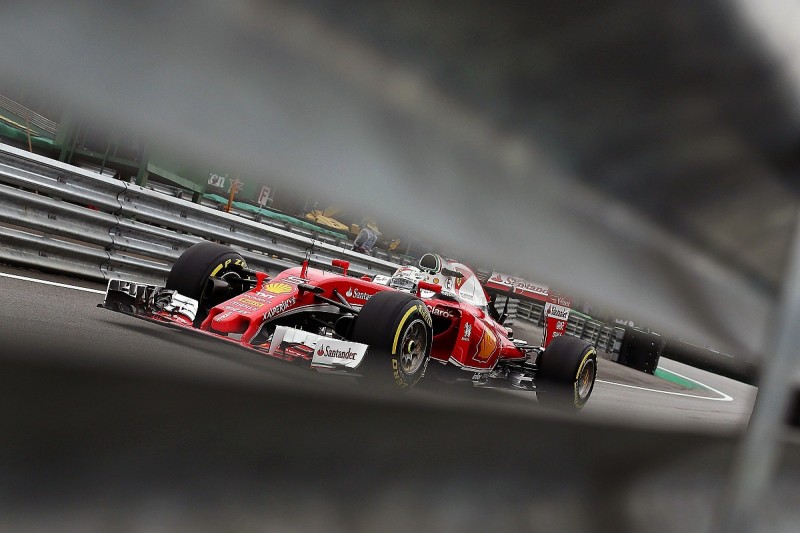 While 2017 cars will require far more than an evolution based on the major aerodynamic and tyre overhaul, Vettel underlined that Ferrari knows its '16 shortfalls.

That includes qualifying performances, with Vettel having qualified on the front row three times last year including taking a pole position, but not at all this campaign.

"Next year the rules are very different and if you look at what's missing this year, we're lacking a little bit of downforce compared to our main competitors," he said.

"We were making a very good job since the beginning of the year to where we are now, with the power unit and in general, but we are still not exactly where we want to be.

"Especially Saturday is quite obvious that Mercedes still seems to have a little bit of a trick to be able to squeeze out more than other manufacturers.

"They are probably the two main points we were missing this year, but also two of the points that we will focus on next year.

"The third one if you want to add is sometimes we struggle to get the tyres into the [right operating] window."