Vettel started the race on soft tyres while the Mercedes drivers ran ultrasofts, but was poised to jump the early-stopping Bottas after a strong first stint.

That would have given him a clear run at race leader Hamilton on fresher, softer tyres, but Vettel lost time near the end of his stint with traffic and then had a slow pitstop.

Vettel, who went on to finish second after surviving contact while passing the fading Bottas late on, admitted "something didn't go as we planned".

He said: "We lost out and we came out behind, that didn't help.

"Without that it would have been a much more relaxed last part of the race, probably hunting down Lewis.

"But with the gap that he had, I think it would have been difficult to catch - and then it's a completely different story, especially around here to overtake.

"I think we could have done the catching bit, but not really the overtaking.

"In the end it doesn't change much, just that it was a bit more work than coming out ahead."

Bottas was praised by Mercedes team boss Toto Wolff for his "wingman" performance in those circumstances.

While Vettel did not think getting stuck behind Bottas changed the race, Hamilton believes he "played a key role".

"Without his great drive the team may not have won today," Hamilton wrote on Instagram after the race.

"[It] would have been very tight at the end." 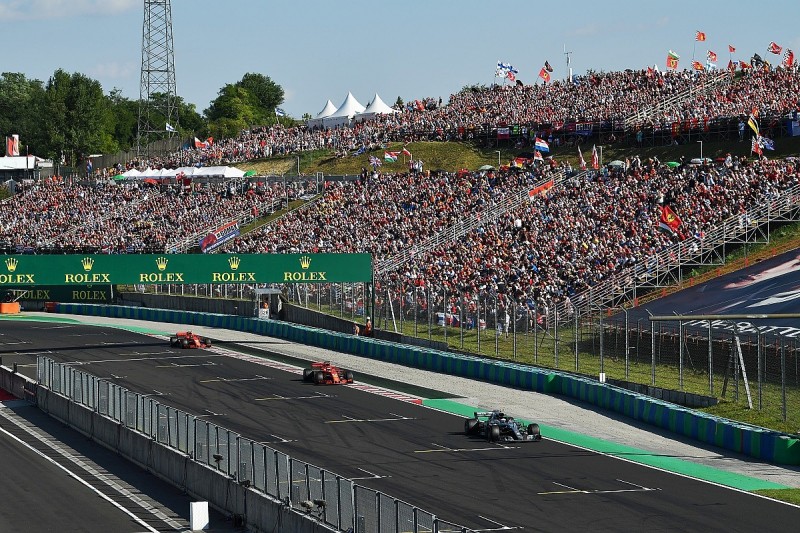 Ferrari could have avoided being stuck behind Bottas by bringing Vettel in slightly earlier and extending his stint on the ultrasofts that the German admitted after the race held up better than expected.

It could also have extended the stint on soft tyres slightly longer and tried to rebuild the gap, as Vettel noted during the race that he felt there was a little more life left in his rubber.

But Vettel believes Ferrari probably made the correct call with the information it had available at the time.

"It was good that we were faster on an older tyre than Valtteri and pulled a gap [in the opening stint]," said Vettel.

"Then it's a bit difficult to foresee the traffic and knowing how well you go through traffic or not, and in that case I lost quite a lot. That was one [problem], and then the pitstop.

"The ultrasoft was a lot stronger in the race than it was on Friday.

"Obviously Lewis's information [in the first stint], they don't call us and say 'our tyres still look good - you can come in earlier'. That's not how it works.

"And the worst that can happen is that you come in earlier, you gain the position and then you fall apart at the end.