Mick Schumacher’s Haas Formula 1 chassis is not set to be changed ahead of Sunday’s Monaco Grand Prix despite causing up to $500,000 worth of damage in his FP3 crash.

Monaco F1 rookie Schumacher crashed at Casino Square in the closing stages of final practice on Saturday, wrecking the left-hand side of his Haas VF-21 car.

The damage meant Schumacher could not take part in qualifying, leaving him last on the grid for Sunday’s race.

It sparked concerns that Haas may be forced into a chassis change, but team principal Gunther Steiner revealed after qualifying that checks had showed it was salvageable.

“The damage is pretty big, as you could see - front, rear wing, the complete left-hand side suspension, sidepod,” Steiner said.

“But the chassis is intact. So we don't need to change the chassis. We should be okay for tomorrow. But the damage is quite big.” 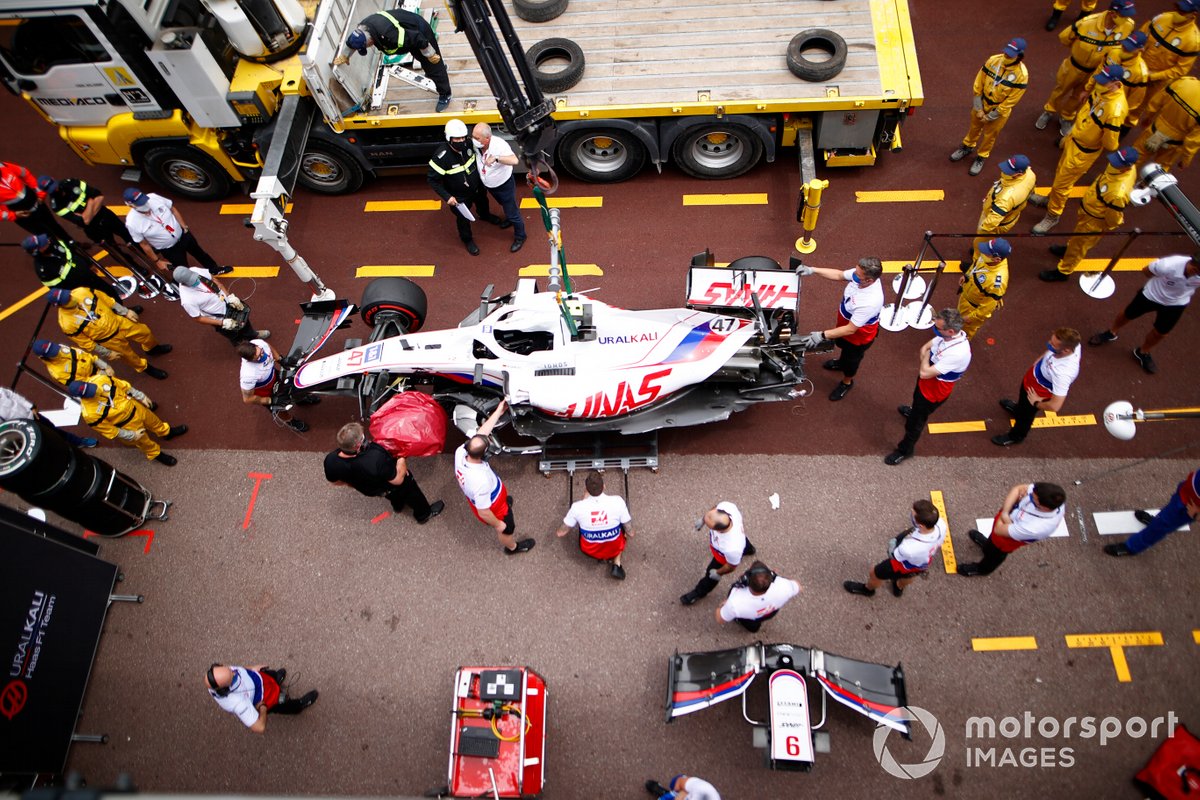 Mechanics with the damaged car of Mick Schumacher, Haas VF-21

Steiner added there were no part shortage concerns despite the crash, which was Schumacher’s second of the weekend following a brush with the wall at Massenet in FP2.

The German rookie was left disappointed by the crash, believing he had the pace to contend with the Williams and Alpine cars in Q1.

“FP3 is always the opportunity for us to really prepare quali as good as we can,” Schumacher said.

“I felt like we were in a very nice rhythm and a very good place to start quali, just from the mental but also from the car side, which is very unfortunate, because obviously we didn't manage to start quali.

“But we had quite high hopes of being at least in the mix with the Williams and even the Alpine. So I think there was lots of great [pace] that had been shown in the free practices, and I think we can take that into the race tomorrow.

“Everything is open for the race. So yeah, we will prepare as well as we can.”