The Swiss team's staff became depleted over a series of months early in 2016 as financial problems raised questions over its long-term future.

Updates were created but there was not enough money to put them into production, so the car remained unchanged for most of the first half of the season.

Its future was finally assured when new investors came on board in July, paving the way for a recruitment drive focused on strengthening the team in all areas, headlined by returning technical director Jorg Zander from Audi.

Despite the struggles, Kaltenborn is not expecting anything other than progress next term.

"It's not a transition year," Kaltenborn told Autosport. "We have a vision and that's set up for the next coming years.

"Whatever we want to achieve in the first year, we will do.

"The target is clearly to make a big step ahead, to be back in the midfield and take it from there.

"Next year is a very crucial year.

"We're not just going to say 'it's now a transition and we've had enough and now it's time to get on with the business'." 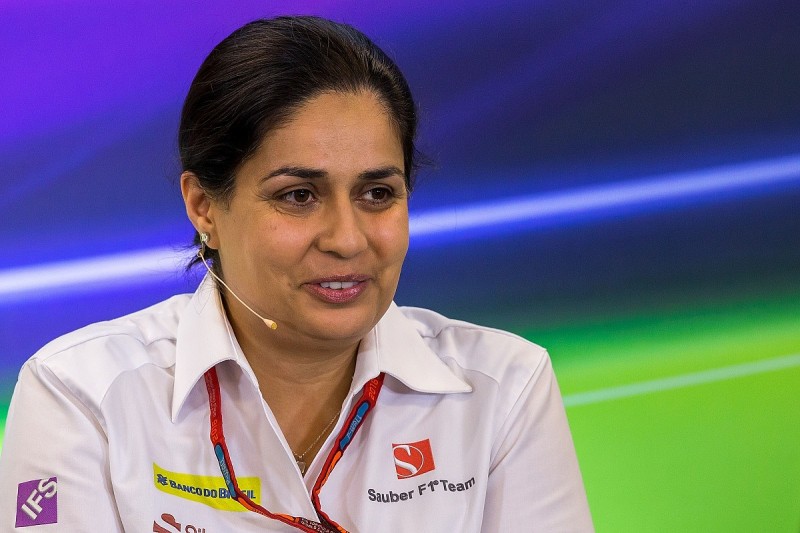 Felipe Nasr's drive to ninth in Brazil gave the team its first points and only of the season and crucially moved it above Manor into 10th in the constructors' championship, ensuring around $13.5million in prize money.

Sauber's C35 had hardly any sponsors on it in 2016, but Kaltenborn is hopeful that situation will improve next year.

"There has to be [more sponsorship] and there will be because there are more people who are actually interested," said Kaltenborn.

"They are seeing that there is a change here, this is a big change we are getting people in and they are thinking, 'why don't we hop on and be part of it?'

"It's just a very positive and good atmosphere and it will show also in partnerships."