The Sauber driver was one lap down when the safety car was called for F1 team-mate Pascal Wehrlein's collision with Jenson Button on lap 60.

Having caught the safety car, Ericsson was waved around to rejoin at the back of the queue four laps later but crashed at Sainte Devote while trying to pass it.

"I had some issues with the brakes," he told Autosport.

"Before the safety car period started, the brakes were overheating quite a bit.

"Under the safety car, and going really slow, they went really hot.

"When I got the call to overtake the safety car, my brakes were not really working and my tyres were stone cold.

"That in combination with going around the safety car at Turn 1 - it was like slow motion - I couldn't stop the car and turn it." 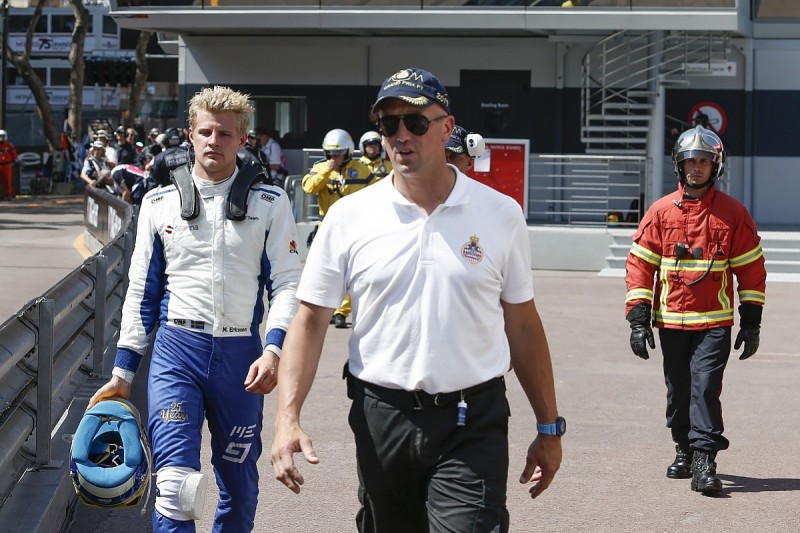 Ericsson said the challenge of getting heat into the 2017 generation of Pirelli tyres had exacerbated the problem.

"I've had that a bit this year, with the tyres being on the conservative side," he said.

"We've seen this weekend, every time you slow down a bit, you lose temperature so much.

"Then you need to work hard with the brakes to keep the temperature with the tyres.

"I couldn't use the brakes for three or four laps.

"It meant that combination with the brake problem and the tyres being so cold made it what happened."

Ericsson and Wehrlein were running 16th and 18th before their respective incidents, which capped a miserable weekend for Sauber after scoring its first points of 2017 at Barcelona.

"We've been lacking in general a second a lap on the lower part of the midfield so it's been tough for us," Ericsson added.

"We were a bit better in the race on pace but too far off to do anything about it.

"We did what we could in the race, it was looking alright but it didn't end so good."

Was Raikkonen sacrificed for Vettel?