Ferrari is understood to be leaning towards replacing Raikkonen with Leclerc for 2019.

Rumours emerged in the build-up to the Austrian Grand Prix suggesting Ferrari president Sergio Marchionne wants to fast-track that move with a seat swap between Leclerc and Raikkonen after the summer break.

Vasseur said: "We have a contract until the end of the season and we didn't speak so far about the future.

"I can understand we have some rumours in the press but it's nothing to do with the reality.

"We are focused on our job, Charles is focused on the Sauber project, and the future will be discussed later on."

Pushed to clarify there had been no approach over the 20-year-old moving, Vasseur added: "It didn't come on the table so far."

Leclerc has four points finishes in the last five races and in France last weekend made it through to the first part of qualifying for the first time in his career.

Asked by Autosport if, theoretically, it would be wise to switch teams during the season, Vasseur said: "No. I think it's better to finish the season and to have a normal approach and speed of the process. It's not easy." 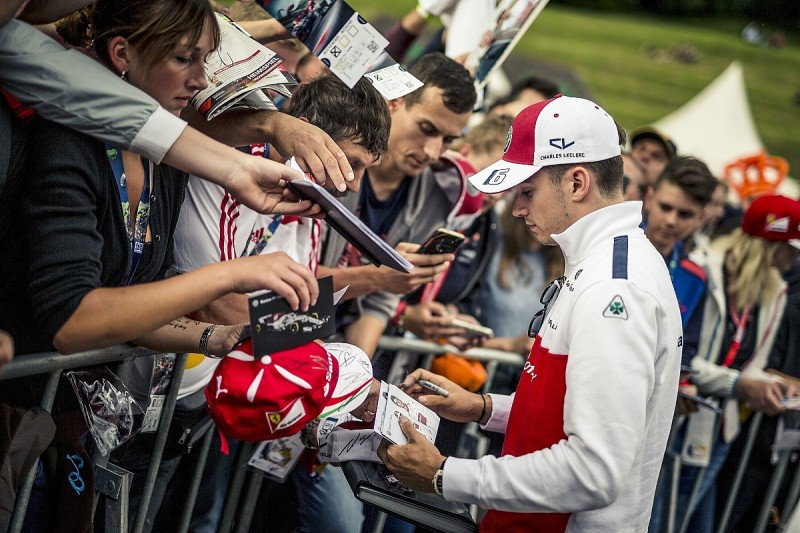 He started the year struggling to adapt to grand prix machinery, with a set-up adjustment and adaptation of his style triggering a turnaround after the first three races.

"You came back to me [after China, where Leclerc spun in the race] with 'Charles is not performing, how can you explain the situation? He is in deep shit' and the week after he is world champion," said Vasseur when asked by Autosport if he was surprised by the escalation in interest around Leclerc.

"We have to take it calm. He's doing a good job for sure, he's improving, but he's not world champion.

"If he has some issues over the next races, and he will have because you can't have a clean sheet on the season, I don't want to have Charles destroyed by everybody.

"He has a very good learning curve and it's ramping up. I'm very happy, I'm very proud of the job he has done. But he's not world champion."

Vasseur said Leclerc has handled the increased speculation about his future on-track and off-track very well.

"Six months ago he was in the Formula 2 paddock and more or less nobody knew him," he said.

"There is a huge difference between the end of November in Abu Dhabi and today when he's in the middle of every single discussion.

"I am impressed by the calm he has."