The Spaniard caught his Red Bull bosses by surprise when he said he did not expect to stay for a fourth season with Toro Rosso in 2018, and it subsequently emerged that the option on his services had been taken up to keep him at the team.

Sainz said ahead of the British GP that the matter was resolved and he was happy to be staying at Toro Rosso for another season, and after the race he admitted that he had learned from the experience.

"As a 22-year-old driver you learn from these kind of things and the air was cleared immediately once we started our conversation in Austria," he said.

"At that point it was forgotten, I kept focusing on my job like I've done all season.

"I think there was a bit [of confusion] and I've learned from it.

"Today I'm calm because I don't have a reason to really be too stressed."

Sainz said he remains on good terms with Red Bull team boss Christian Horner and motorsport advisor Helmut Marko, having spent some time socialising with them over the British GP weekend.

"We were playing tennis [at the weekend] together, had a barbeque, enjoying our time - me versus Christian Horner and Marko was the referee.

"So we had a good time, the air is clear, and I'm a Red Bull driver inside the Red Bull programme confirmed for Toro Rosso next year." 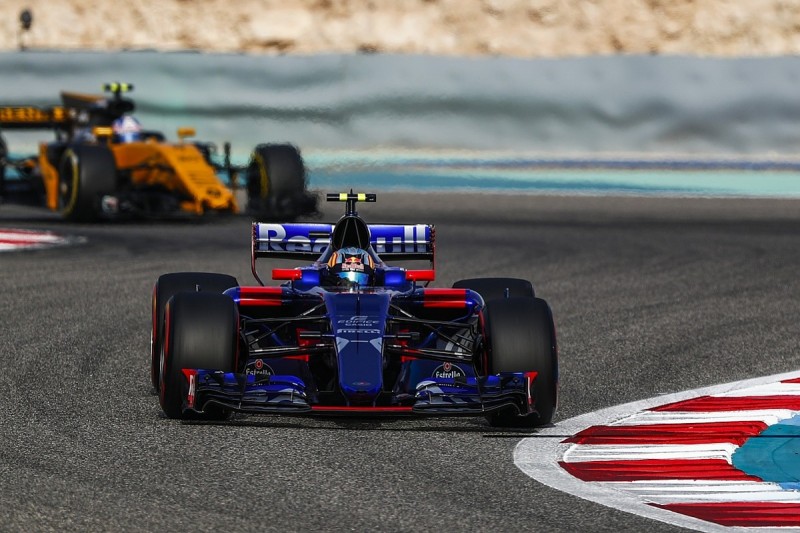 Sainz also dismissed rumours that he could be switching to the Renault team as soon as the next race in Hungary.

"Many people are coming to me about this rumour and for me it's just a rumour because in the end, not one single comment you receive from your bosses who are actually managing your career," he said.

"If you don't hear anything from them, you expect it to be just a rumour so I don't comment about rumours.

"Of course I'm looking forward to changing this result [a DNF at Silverstone] in Hungary with Toro Rosso."