George Russell is trying an upgraded floor for Formula 1’s Belgian Grand Prix, with Mercedes still mindful that any performance uplift could trigger the return of porpoising.

Mercedes has made good progress with its W13 in recent races after a difficult start to the season.

Last time out in Hungary, Russell secured pole position as his team managed a double podium finish for the second race in a row.

It was a big step up from earlier in the campaign where both Russell and team-mate Lewis Hamilton have been hamstrung by excessive porpoising that took months to get on top of.

One of the compromises that Mercedes has had to make to combat the bouncing has been to remove downforce but, with the phenomenon appearing to have been banished, the squad is now pushing to add performance back on the car.

The squad has duly brought a minor package of upgrades to the Spa-Francorchamps weekend, but Russell admits it is not complacent in believing that there is no risk of the porpoising problem returning.

“I think we've made a lot of progress in that regard,” he said. “But I think we also know that we've had to lose quite a lot of performance to achieve that.

“Naturally, as we're going to be pushing the boundaries again, we're under no illusion the fact that the porpoising may return. 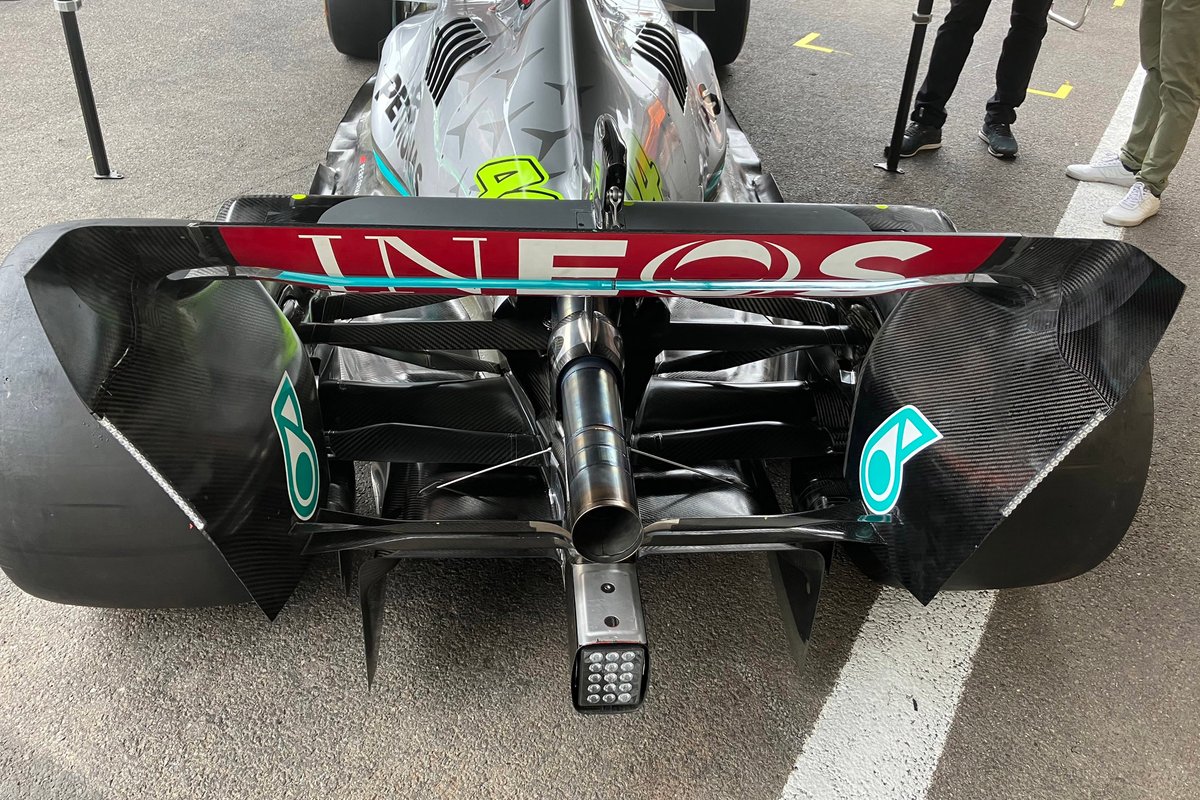 “This is a competitive sport and we accept that we may just have to live with it, and that may be the best compromise to get the fastest lap. So we'll have to see, but there's been no doubt that it's being slightly circuit dependent as well.”

The floor upgrade that Russell is trying reduces load on the edge chord, which in turn improves flow into the diffuser to boost downforce.

Mercedes is also running a revised front wing endplate to improve flow over the wing tip, which should act as a boost for the rest of the car.

The floor fences on the W13 have also been revised to help improve alignment through more varying condition.

Mercedes has also reduced the drag of its rear wing to help boost straightline speed, which is essential for a good laptime at the Belgian GP.