George Russell called it "typical" to hit bad luck when chasing his maiden Formula 1 points finish for Williams after a power unit issue forced him to retire in Styria.

Russell started the race 10th for Williams and moved up to eighth early on after Charles Leclerc and Pierre Gasly made contact on the opening lap.

The Williams driver was able to hold position, keeping the likes of Daniel Ricciardo and Yuki Tsunoda behind, and even closed up on Fernando Alonso for seventh towards the end of the first stint.

But after Williams informed Russell that it was switching to "plan B" for reliability reasons, the team began to take action for a power unit issue that was emerging.

Russell's first pit stop lasted 18 seconds before he came in a second time to allow for pneumatic cooling, dropping him to the rear of the field.

Williams brought Russell in to retire the car at the end of Lap 38, leaving some of the team members with their heads in their hands in the garage after seeing the chance for a first points finish since Germany 2019 pass by. 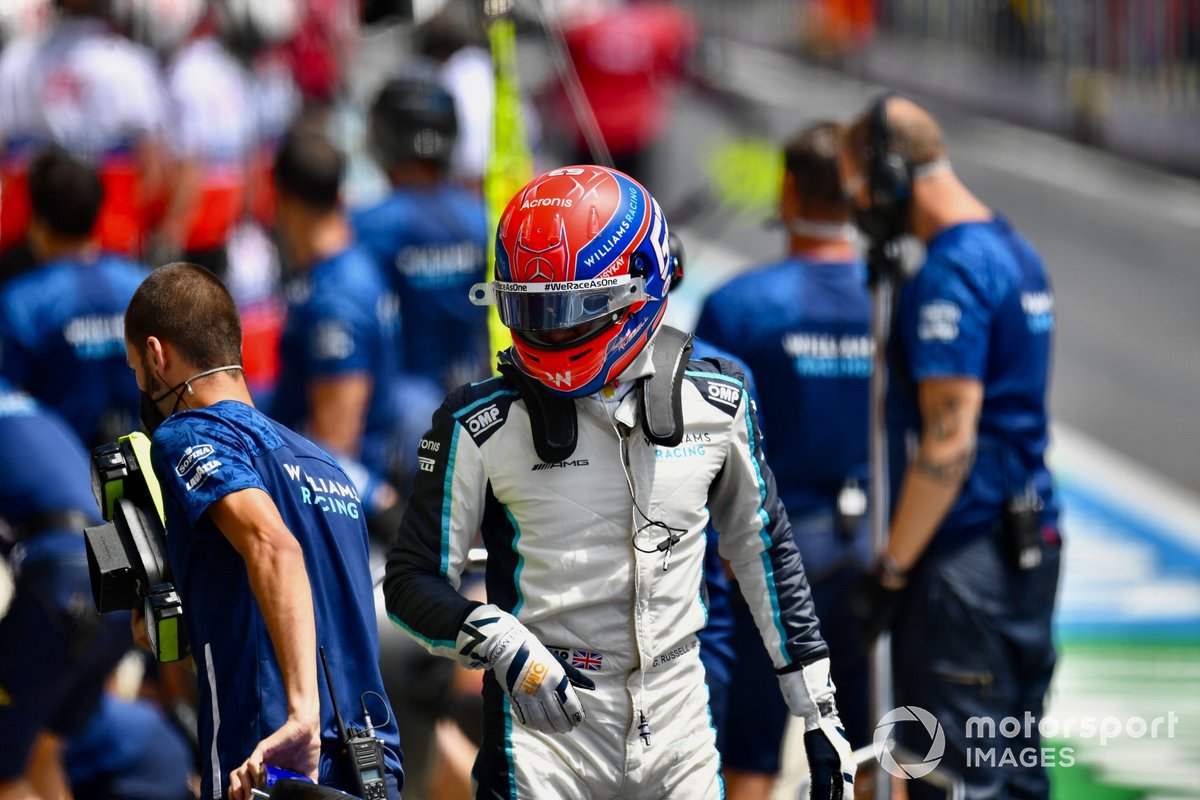 "It's such a shame," Russell said on Ziggo Sport following his retirement.

"Racing is never easy. It's never… fair is not the right word. You make your own luck, and ultimately, something went wrong today.

"But for us, we're not here consistently, and it's just typical. I don't really know what to think or to say to be honest.

"It's such a shame for everybody in the team. They've worked so hard for this, and it's been such a long time coming.

Russell said that it was "just a technical problem" that Williams was looking into, confirming it was "something to do with the pneumatic pressure".

Since debuting at the start of 2019, Russell's sole points finish came during his one-race appearance for Mercedes in Sakhir last year when he finished P9.

A finish of eighth or higher would have lifted Williams to eighth in the constructors' championship above Alfa Romeo, and have been the team's best result since the 2018 Azerbaijan Grand Prix.