George Russell says he felt harshly treated by the FIA stewards for being penalised for his opening-lap clash with Sergio Perez in Formula 1's Austrian Grand Prix.

The Mercedes driver tangled with Perez fighting for fourth place on the first lap, with Russell hitting the side of the Red Bull on the exit of Turn 4 which sent the Mexican off.

Russell was given a five-second penalty for the incident, while Perez later retired from the race due to the damage sustained to his Red Bull.

The Mercedes driver, who also needed a front wing change after the collision, fought back to finish fourth in the Austrian GP but felt hard done as he had "nowhere to go" on the inside of the corner.

"I've looked at the video and I think it's harsh," Russell said. "You are racing at the start, cars are everywhere. Checo did do a bold move going around the outside like that.

"Obviously he'd done it before, he did it with Valtteri yesterday and Valtteri had to get right on top of the kerb to avoid him, which is exactly what I tried to do. But with Carlos ahead of me there's only so much you can brake and so much you can steer, and ultimately I had nowhere to go. Sorry to him to end his race.

"There was probably more room on the outside for him, and as I said I was doing everything I could. And as soon as he got to a certain point I knew it was inevitable, because I was already at the limit of my car.

"So, it's risk versus reward and he had this with Lando last year, it was very close with Valtteri yesterday. The move with me today was exactly the same as these other two, so it was one of them." 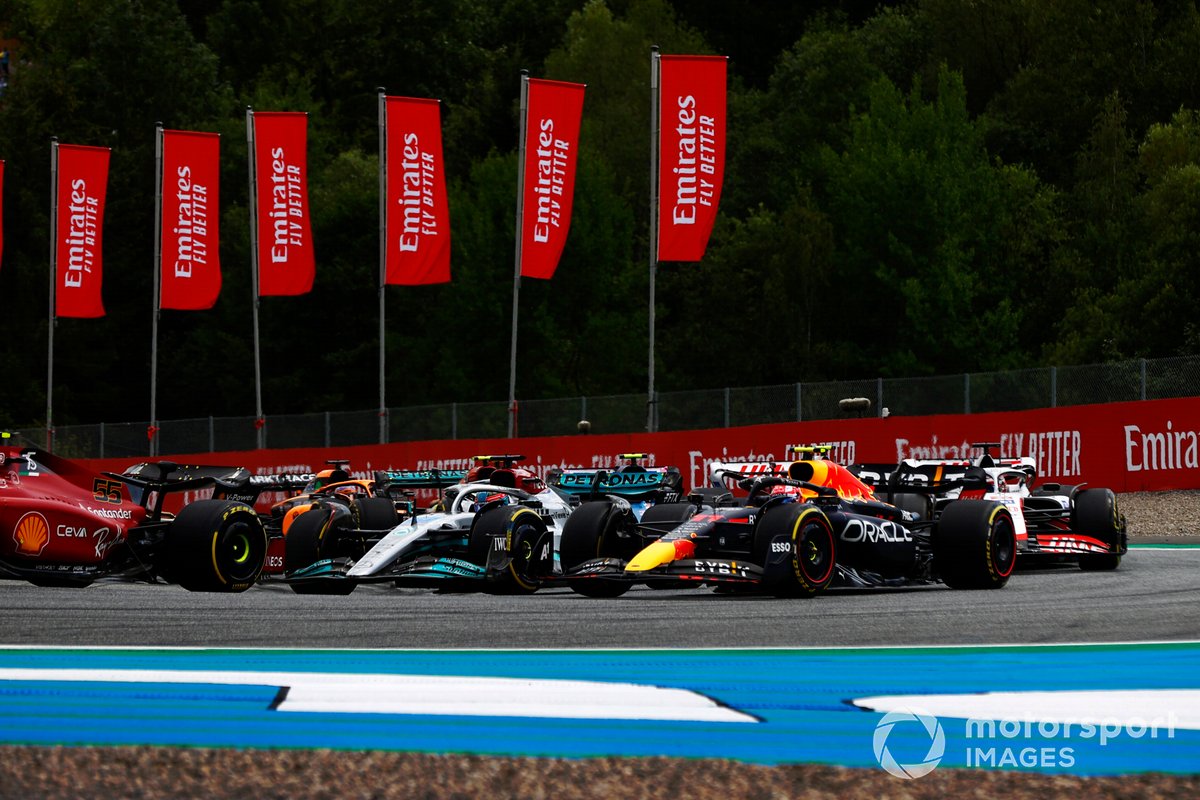 Perez took an opposing view on the incident because he felt Russell lost control of his Mercedes which triggered the clash given he felt he'd given him enough space on the track.

"I was clearly ahead, it was up to George to really control his car which he clearly couldn't and we ended up making contact," Perez said.

"There was nothing else I could have done. I gave him enough room, I was already very close to the gravel to make sure he had enough room for both of us to make the corner.

Perez has slipped to third in the F1 drivers' world championship as Charles Leclerc moved ahead thanks to his Austrian GP win, while Russell is fifth in the standings.