George Russell says “no promises have been made” over a Mercedes Formula 1 seat for 2022, and that his focus lies entirely with Williams ahead of the new season.

Russell is entering the final year of his Williams F1 contract in 2021, leading to suggestions that he could step up to join parent team Mercedes for next season.

Mercedes has supported Russell’s racing career since the end of 2016, and opted to draft him in to race for its team when Lewis Hamilton tested positive for COVID-19 ahead of the Sakhir Grand Prix.

Russell dominated the race and was on course for victory before a tyre mix-up and a puncture left him to finish the race ninth, but the performance only furthered the calls for him to be handed a promotion in the future.

Mercedes has two vacant seats for 2022 after Hamilton only signed a one-year contract extension, giving the team freedom in the driver market.

Russell stressed that any decision over a Mercedes seat was “out of my hands”, and that no promises had been made over a possible promotion.

“They have told me that I am a part of their future. Whenever that may be is again when they believe that the time is right. I think a lot of people think next year is the natural path. 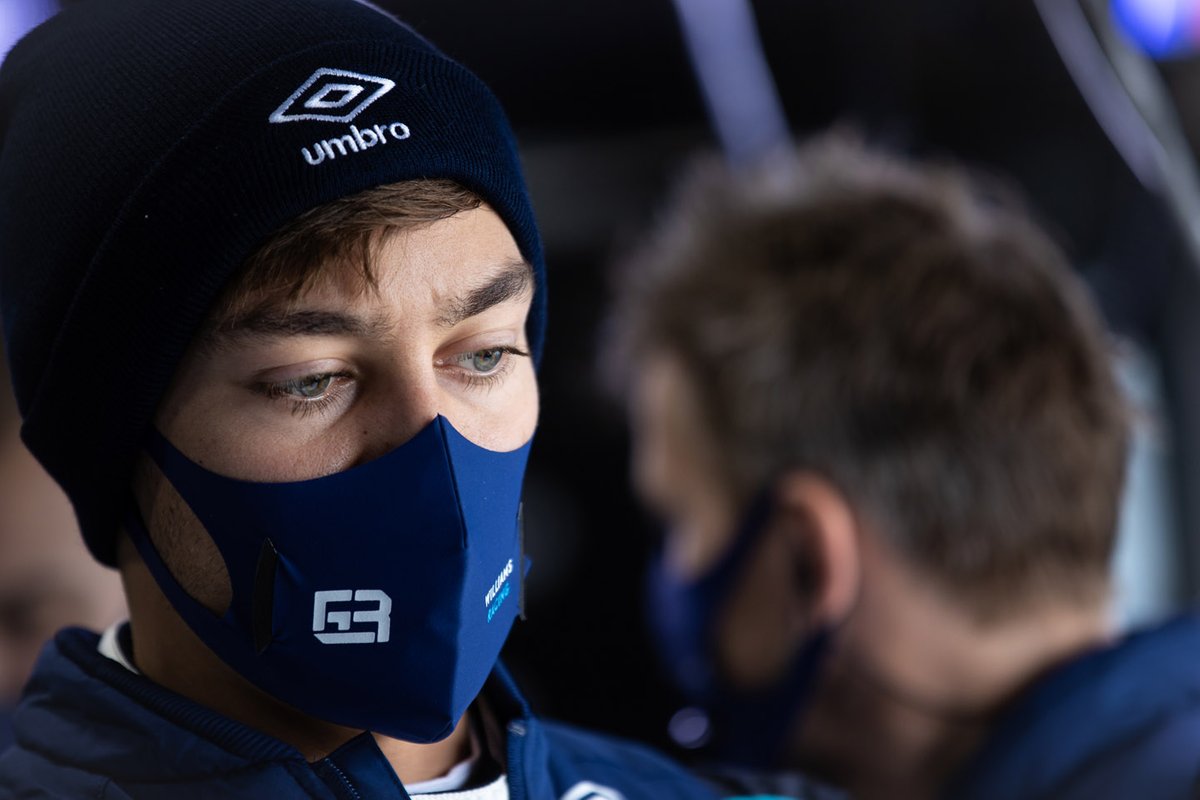 “But equally, things change very, very quickly in motorsport, especially in Formula 1. So I’m not even thinking about it to be honest.

“I obviously had a taste of life at the front of the grid last year, but as I said, I’m just focused on the here and now, focusing on Bahrain. If I perform on-track and I deliver, continuing on the same path and progress that I’ve been on so far, I guess in the future the opportunity will come.

“But I’m not even thinking about it and no promises have been made at all.”

Russell has starred throughout his time at Williams despite never scoring an F1 point with the team, and has never been outqualified by a team-mate while driving for the British squad.

Williams is entering the 2021 season boosted by its takeover by US investment group Dorilton Capital last summer, marking a new era for the team after struggling at the foot of the championship in recent years.

Asked what his plans would be if Mercedes did not sign him to its team for 2022, Russell talked up Williams’ future prospects.

“There’s a lot of speculation and thoughts ahead of the 2022 season where I’ll be,” Russell said.

“If that were not to happen, what most of you guys are speculating, it’s an interesting position for me. But as it currently stands with the whole investment from Dorilton, the changes I’ve already seen taking place at Williams… Williams have finished last in the constructors’ for the past three seasons. I don’t think that will be the case in 2022.

“I see a very bright future here. There’s a massive opportunity for every team in F1 for 2022, and as the guys have said, with the investment we’ve got, with the guys who are already here, with the guys like Jost [Capito] who are coming in, the relationship that has been built with Mercedes, it’s looking very exciting for the team.

“I guess I’ve got a very interesting decision on my hands towards the middle of this year, but I’m not even thinking about that now.”