George Russell feels an "element of frustration" that he is unable to fight his fellow emerging talents in Formula 1, but hopes the upcoming rule changes will allow him to

Russell moved into F1 last year after beating Lando Norris and Alexander Albon to the Formula 2 title in 2018, but has failed to score a point so far.

Although he has impressed for the backmarker Williams squad, Russell has seen the likes of Norris and Albon both score podium finishes, while other junior contemporaries such as Charles Leclerc and Max Verstappen have won races in the last 18 months.

Russell conceded that while he did feel a certain degree of frustration that he cannot fight many of his peers, he accepted the importance of car performance is part and parcel of racing in F1.

"Obviously as a driver, you want to prove what you can do on an even and fair ground, really," Russell said.

"If you're racing in the Tour de France, and one guy has got a superior bike, or a bike that has got an electric motor or something that can sail off, you might be the best cyclist in the world, but you won't be able to compete with them.

"There is definitely an element of frustration, but ultimately that is part of what Formula 1 is. There's always been fast cars, there's always been slower cars. In 2021, unfortunately I think it will be more of the same."

Williams has already made significant progress since Russell's arrival, making up a big gap to the rest of the field from 2019 to now regularly fight with Alfa Romeo and Haas in races. 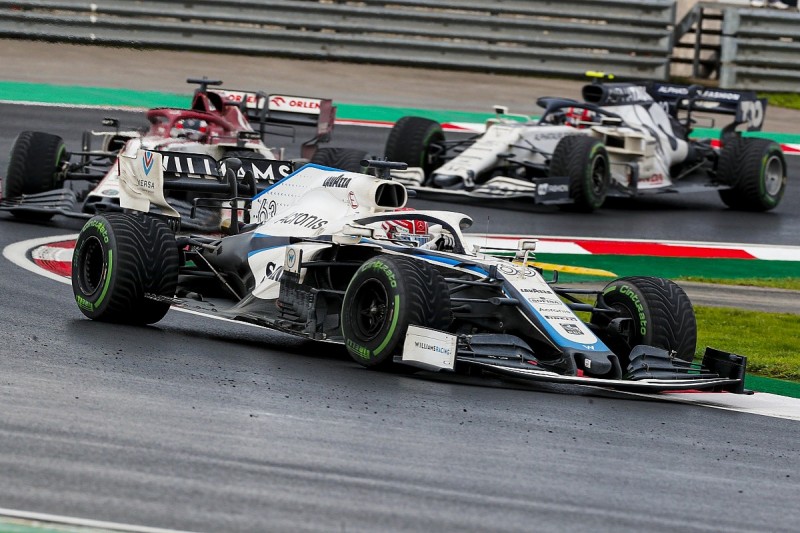 Russell expressed his excitement for the planned rule changes in the future that are aimed to make F1 more competitive and reduce the performance gaps between teams.

"Hopefully it puts the driver literally in the driving seat to make or break the weekend. I think everybody is looking forward to that."

Russell has come close to scoring his breakthrough F1 points on multiple occasions this year, and previously lamented the lack of opportunities coming Williams' way when the order is shaken up.

The last race in Turkey saw all drivers struggle in low-grip conditions, allowing Lance Stroll to take a shock pole position, and both Racing Point and Ferrari to score a podium.

But Russell did not regard Turkey as a big opportunity missed for Williams given just how difficult the track conditions were.

"Turkey was not an ordinary weekend," Russell said.

"We want tricky and difficult conditions to drive in, but that was just another level, and something I've never, ever experienced in my life.

"Part of me can say it was a missed opportunity, but it was such a lottery for every single team, every single driver, that what can you do sometimes?"