Romain Grosjean has suggested that Haas' management has not handled him as well as his previous Formula 1 bosses, after Guenther Steiner called him "tough to manage"

Grosjean will leave the Haas fold at the end of 2020 after racing for the American squad since it joined F1 at the start of the 2016 season, having raced for the Renault team during its Lotus and previous Renault guises.

Speaking ahead of this weekend's Bahrain Grand Prix, Haas team boss Steiner said the Frenchman was "tough to manage" but otherwise was "a great asset to the team" - describing the situation as "he can be 'Romain'" and "quite challenging at moments".

Steiner added: "But when we get him on the right day, at the right time, he was a very big asset to the team. We have to thank him as well for what he did for us [since 2016]."

When asked about Steiner's comments by Autosport, Grosjean said: "I don't want to go into too much detail.

"I think I've brought a fair bit to the team and I've had moments, yes, I've made mistakes - but who doesn't?

"Also, when you have a poor car, you need to be able to drive to 105% to get anything good and when you drive to that level there is high chances you're going to make mistakes.

"When you have a top car, you can drive at 99.8% and that means you're more consistent. I've known both situations and that's why I can say that.

"Am I difficult to manage? I don't know. [But] some people did that very well with me in the past, so I guess it's possible." 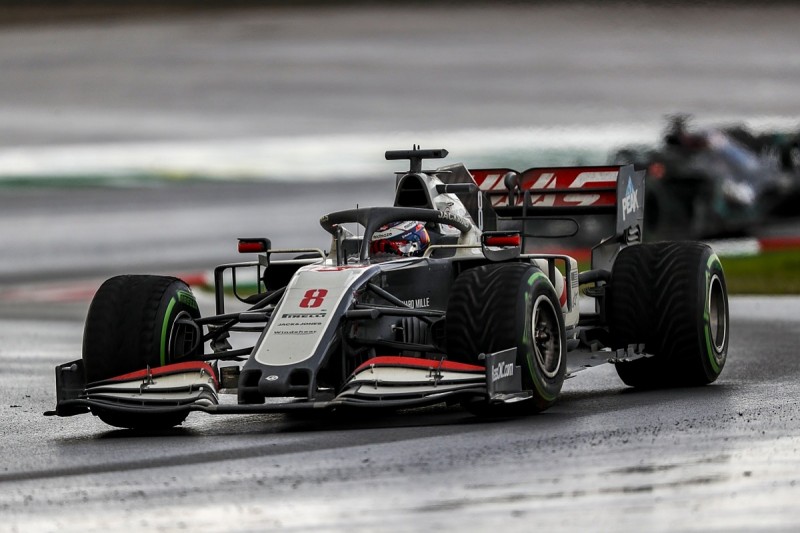 Haas is currently on course to register is worst season in F1, as it sits ninth in the 2020 constructors' championship on three points.

This is the same place it finished in 2019, but with 25 fewer points scored so far.

Grosjean is in a similar situation - he currently occupies 18th in the drivers' standings, his finishing position in 2019 but six points down on his previous total - but says his campaign so far has been "pretty good".

"Apart from Turkey in the wet, where I was absolutely nowhere," he said.

"Generally I've got the maximum of the car, whenever possible - Germany is a good example, and the race in Monza was pretty good, as well as Mugello.

"So yeah, I'm happy with the season. It's difficult to say how good the season is because of the car we have - but I think it's a really good season."

When asked to assess his season so far by Autosport, Grosjean's team-mate Kevin Magnussen said: "Pretty satisfied, but there's always room for improvement.

"I wouldn't say I've had a bad season - I think it's something you always look back and see things you could've done better, but I think it's gone alright."