Romain Grosjean says his move to the Haas Formula 1 team was motivated more by a suspicion Renault would plummet in 2016 than seeking a route to Ferrari.

Grosjean is understood to have been one of the names under consideration for a place with Ferrari in 2017 prior to the team opting to re-sign Kimi Raikkonen.

Haas's links with Ferrari were viewed as a key reason behind Grosjean departing Lotus last year despite knowing it was in the throes of being re-acquired by Renault.

Asked whether he felt the door to an eventual Ferrari drive was still open, he replied: "I think it is. But the idea of coming to Haas was not with an eye on Ferrari.

"I felt Renault would have the year they are having, that it would be very difficult.

"On the other hand there was an American team coming to Formula 1 and I thought if I can be there and make it successful, it's going to be huge in the US.

"I was more than thinking 'If I go to Haas they've got a Ferrari engine so I can go to Ferrari'.

"Ferrari will take the driver that suits them best, it doesn't matter if they come from Haas or anywhere else.

"So the best you can do is keep doing a good job, show you're consistent, try to get the car faster and always be there when they need you." 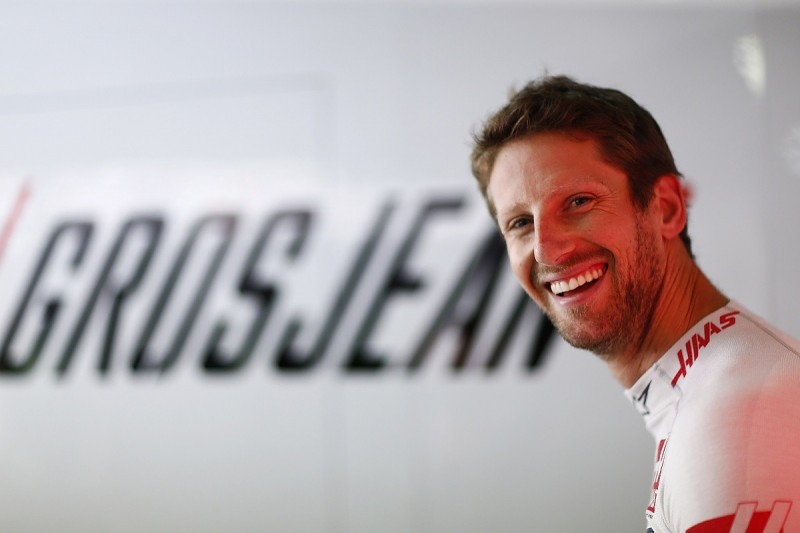 Asked if there was any disappointment when he heard Ferrari had opted to retain Raikkonen, he said: "Yes, because one day I want to go to Ferrari.

"But on the other hand I thought 'Well, you know what, it gives me chance to try the new Haas'.

"I was the first driver to score points for the team, and I could be the first to stand on the podium for the team and possibly win a race."

Grosjean recognises Haas is unlikely to fulfil his ambition of being an F1 world champion, but he is prepared to be patient.

"When I signed I knew it was a great opportunity for my career, my life and I'm very happy here," said the 30-year-old.

"Of course, I want to be world champion and that's why I'm racing - I've won every single series so far.

"I don't want to finish my career thinking 'Oh, I missed that one', but for that you need a team with a world champion car.

"I'm 30, and the decision of Ferrari makes sense because they want continuity with the change of rules [for 2017].

"I feel good. I've felt welcome from day one, I feel like I can play a big role in the team, gain more experience and enjoy more good times."