Daniel Ricciardo says his "wide hips" make him on the limit for the width of current Formula 1 cockpits, but he now fits into this year's McLaren after early difficulties

The former Renault driver, who has signed a three-year deal with McLaren, found a first mock-up seat to be slightly too narrow and adjustments had to be made before his first run in the 2021 MCL35M during a filming day at Silverstone earlier this week.

When asked about the progress since the tricky first seat fit, the Australian says that his hips - which often caused headaches inside the ultra-tight Red Bull cockpits he frequented between 2014 and 2018 - always need to be taken into account.

"I do have wide hips - I guess. I'm pretty thick boned," Ricciardo said.

"But I got in, so it was kind of the first mock up of the seat. And with the dimensions that they had, they kind of assumed what would be okay for me. But it wasn't quite okay.

PLUS: The racing statement that Ricciardo should make again

"Fortunately, it was just the seat and it wasn't the actual keel itself that is too narrow. Since then I have been able to get in a seat and I do fit."

Ricciardo says that as teams have pushed the boundaries in terms of slimming the cockpit width, his hips mean that there is not much more room for designers to play with. 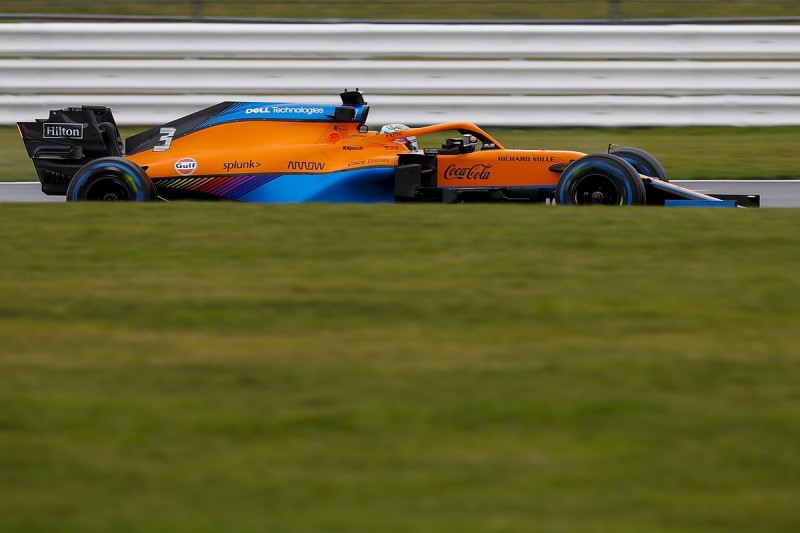 However, he is convinced that any performance deficit a team would face if it could not slim the cockpit down enough would be more than made up for through him being more at ease and able to drive more naturally.

"Yeah, I feel like I'm certainly the limit," he said.

"I think the way they design the cars and the chassis now, everything's trying to be as tight and compact as possible.

"So really my hips are sometimes the limiting factor.

"So, I just tell them 'just make sure I'm comfortable, and if you think that loses you a tenth of aerodynamics, then I'll just drive faster on track!"

Ricciardo will return to action for the first pre-season test at Bahrain next month.

Why AlphaTauri is raving over its new F1 rookie

Tight regulations in F1: In defence of carefully defined rules