Daniel Ricciardo felt something was "a bit off" with his McLaren Formula 1 car during a "pretty sad" British Grand Prix that saw him finish outside the points.

Ricciardo slumped to 14th place in the wet qualifying session on Saturday at Silverstone, but took the second start following the red flag in 12th after Zhou Guanyu and George Russell were eliminated in the first-corner accident.

The Australian worked his way into the top 10 through the opening stages, only to fall back to 13th when he pitted for a set of hard compound tyres on lap 20.

A failure on Ricciardo's DRS forced him into a second pit stop just 12 laps into his hard tyre stint, causing him to go a lap down on the leaders. Although he was able to get back on the lead lap behind the late safety car, Ricciardo could not make any further progress, leaving him 13th at the flag.

Ricciardo summed his day up as being "a pretty sad one" before explaining the grip issues he faced throughout the race.

"Once the race got restarted, just struggled with grip. I simply didn't feel like I was operating at the same level of grip as the others, and was getting eaten up and couldn't really do anything about it," Ricciardo said.

"Then that seemed to be our pace for the race. Something honestly felt a bit off. I remember turning or braking into Turn 6, and the car was all over the place. I thought I had a puncture, so when I went to look at the rear tyre, I saw the DRS was open. 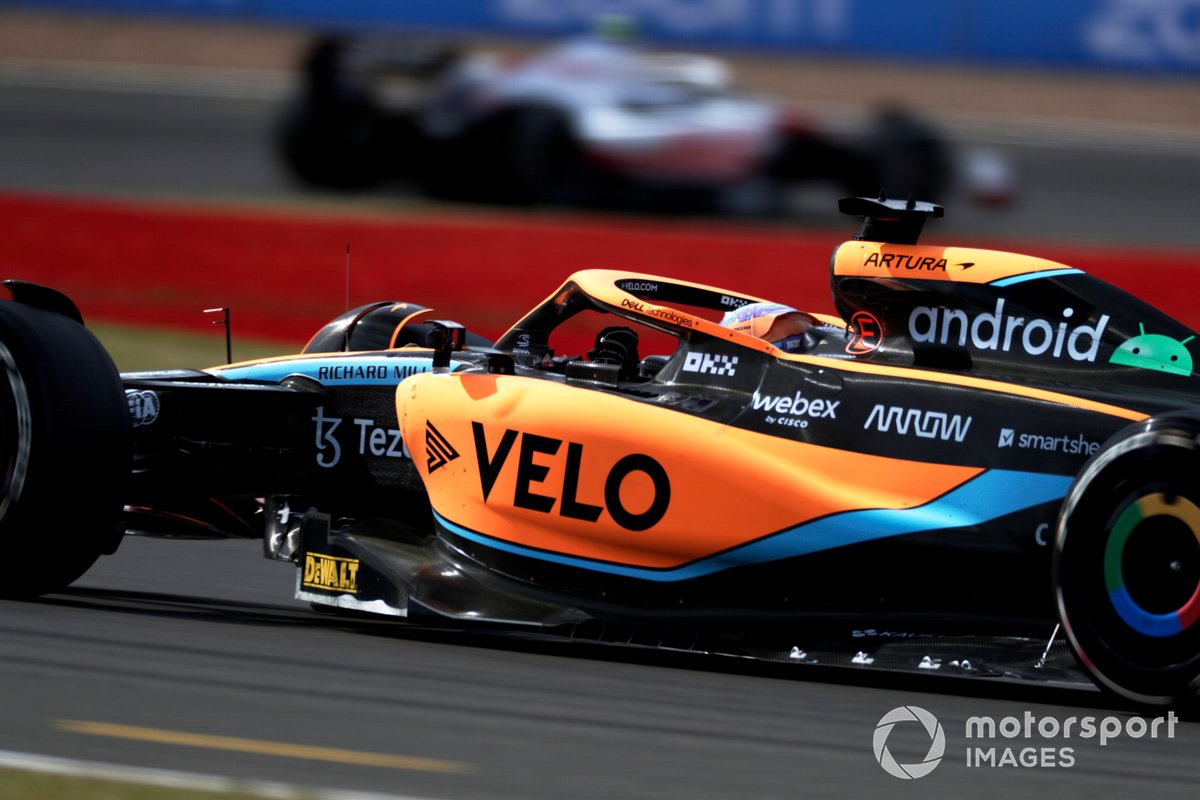 "We had a failure there, so I came back to the pits to fix it, but then obviously we couldn't use it because the fear that it would get stuck open again.

"At the end then on the restart, I couldn't really attack the cars. Simply we weren't fast, so hopefully we find something.

"It's a quick turnaround for Austria, but hopefully we can find something there."

It marked the sixth time in seven races that Ricciardo had failed to score any points. Team-mate Lando Norris managed to cross the line sixth.

Ricciardo said the grip issue was something he also felt during the Spanish Grand prix back in May, and that his tyres "don't seem to be operating at the same level" as usual.

"The way you're able to roll the car in, you just feel the tyres kind of skating and not biting, not gripping," Ricciardo said.

"We ran over quite a bit of debris with the accident at the beginning, but obviously the team checked, we had a lot of time for the red flag to check the cars.

"So yeah, unless we find something that we missed, otherwise we'll have to keep digging."