Ricciardo is contracted to Red Bull until the end of 2018, and believes that remains the best place for him to fight for the world championship - while admitting that a Mercedes seat was tempting for anyone.

"I wouldn't be surprised if nearly everyone had been in contact with them," Ricciardo told Autosport's sister title Motorsport.com.

"And like I said from the start, whoever ends up getting that seat, I think they should appreciate it very much because it's not every day someone gets that kind of opportunity.

"But I extended my contract with Red Bull having the confidence in them that I have. We'll see how it plays out."

Valtteri Bottas is expected to move across to Mercedes from Williams following Rosberg's departure, with confirmation of the deal likely in the coming days.

"I've been asked who'll get the drive and I'm still not sure; I notice Bottas is emerging as a bit of a favourite, but we'll see," Ricciardo added.

"Whatever happens, I hope we'll be up there fighting with them and that Max [Verstappen] and I will be smiling that we've got long deals with Red Bull."

Ricciardo was part of Red Bull's driver development scheme through his pre-F1 career and drove for its junior team Toro Rosso in 2012 and '13.

Promoted to Red Bull Racing for 2014 after Mark Webber's retirement, Ricciardo claimed three grand prix victories and was a winner again in Malaysia last season after a difficult '15. 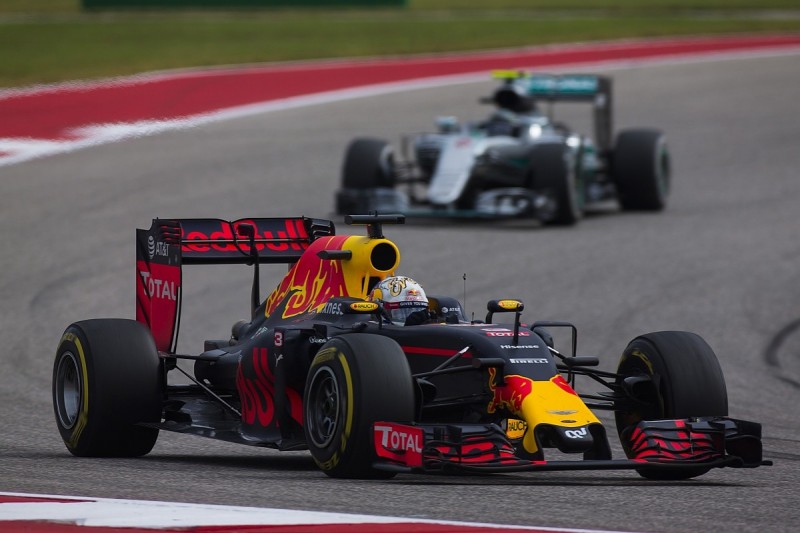 The 27-year-old believes he starts a crucial phase in his career in 2017, having proved his ability without yet mounting a championship campaign.

"In a way, every year's important but sure, the further your career goes on [the more important it gets]," said Ricciardo.

"Especially when I will be approaching my late 20s, it's an important period in my career.

"I feel I have already established myself, but to really dictate the next five years after that, it's a crucial time for me.

"I really want to get that world title and if it happens with Red Bull, that's the ideal scenario.

"If not, then this time is about trying to prepare for the next phase of your career after that."

How Rosberg spiced up the 2018 driver market