Hamilton was on provisional pole after the opening runs in Q3 in Melbourne, but his time looked within reach for rivals, with Ferrari's Sebastian Vettel and Red Bull's Max Verstappen both sat less than a tenth off.

But the reigning champion found nearly nine tenths on his final flyer in Q3, to end up on pole position by a mammoth 0.664s.

Ricciardo said he felt "any of us top guys" could get pole in the Mercedes, such is its inherent advantage.

While Hamilton has insisted his final-lap improvement was not down to a switch to a faster engine mode, Ricciardo said the way Mercedes was able to turn up the power for qualifying was disheartening.

"That sucks," said the Red Bull driver, who finished almost a second off in fifth and will start the Australian GP eighth due to a grid penalty.

"It's frustrating because I think everyone else wants to see them [Mercedes] get challenged a bit more, so that was a little bit of a punch in the stomach to everyone."

Mercedes finding extra speed in Q3 to pull away from rivals has been a recurring theme in the V6 hybrid era, but Ricciardo conceded the step in performance was bigger than expected this time.

"I didn't expect that much," he said. "Particularly from Q2 to Q3 - I knew they had a bit more, I expected them to be more than two tenths quicker than us.

"That [being six tenths up] was like throwing a pie in everyone's face.

"I know that obviously they're loving it, they're in a good position, but everyone else is hating it.

"Hopefully we can catch up, hopefully in the race they don't have as much of that, because that's a bit scary, that mode they've got. We've got to try and figure it out."

Hamilton, who leads F1's all-time rankings in poles for both the Australian GP and overall, felt his lap was "as close as it gets" to perfection.

While Ricciardo stressed he didn't want to "discredit" the Briton's performance, he reckoned any of F1's leading drivers would've eased to pole in the W09.

"I think he's very good - but I think obviously their car and their package is too good," Ricciardo added.

"It's not to discredit Lewis, not at all, but I think even him at 90% with that package, he still would've got pole. "I feel any of us top guys could've made that happen [in the Mercedes]." 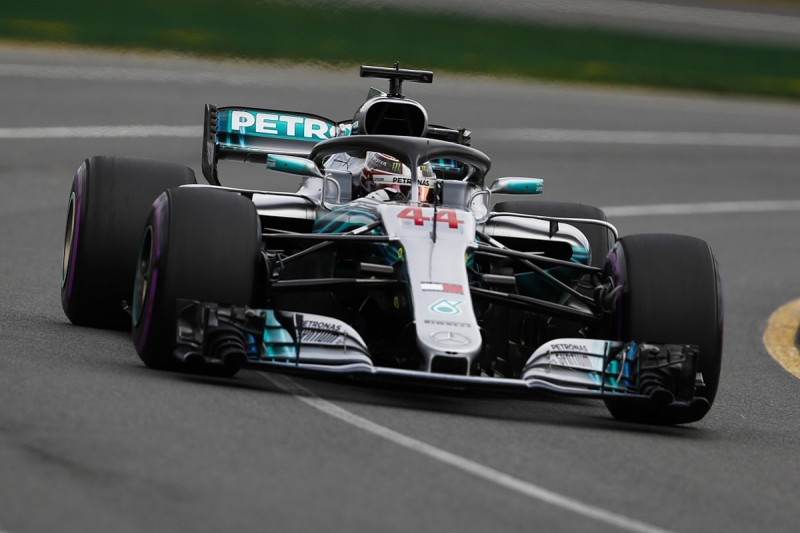