Renault is poised to appoint ART Grand Prix boss Frederic Vasseur to the newly-created role of racing director within its Formula 1 team, Autosport has learned

The French manufacturer last month acquired a majority stake in Lotus as it returns to F1 this year as a full works entrant.

As part of an overhaul of the squad's structure, Renault is to dispense with the role of team principal - as McLaren and Mercedes have already done.

According to sources, a management team will instead be put in place to reflect modern F1 being about business and politics as well as sport.

To that end the position of racing director has been formed, primarily to deal with all sporting matters involving the team. Vasseur is seen as the ideal candidate and discussions are drawing to a close.

Vasseur has been in charge of ART for the last decade, with the team nurturing talent such as Lewis Hamilton, Nico Rosberg, Sebastian Vettel, Valtteri Bottas and Jules Bianchi during that period.

Stoffel Vandoorne added to ART's list of champions by taking the GP2 title in emphatic style last season, with the Belgian stepping up to the role of McLaren reserve for this year.

Vasseur also runs Spark Technologies, which builds the Formula E cars and was a joint founder of engineering company AOTech. 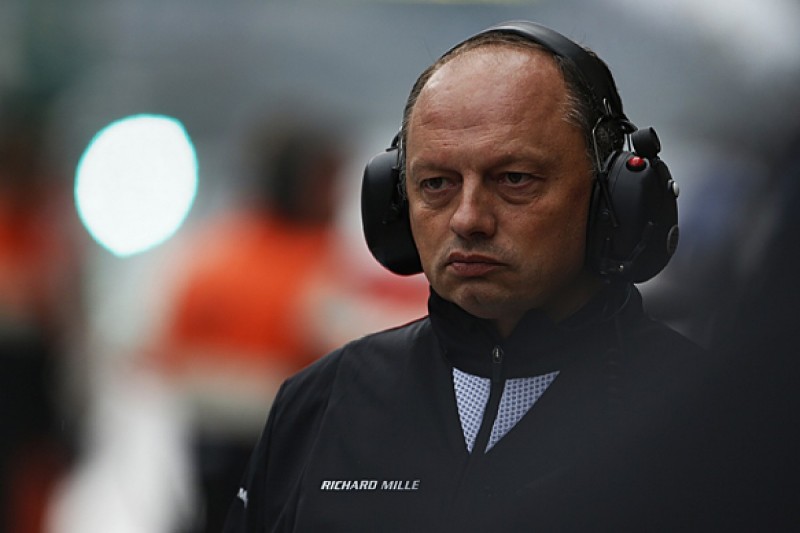 Although he has yet to dip a toe in F1, Vasseur's experience in motorsport over the years is seen as invaluable by Renault as it looks to return to the front in F1 as a manufacturer again in its own right after its engines powered Red Bull to four consecutive drivers' and constructors' titles from 2010-13.

Alongside Vasseur, Nick Chester will continue as technical director.

Behind the scenes, Renault Sport F1 managing director Cyril Abiteboul is to become CEO of the Viry and Enstone operations and will deal with all engine-related matters.

Former Lotus owner Gerard Lopez, who has retained a shareholding and a position on the F1 team's board following the takeover, will handle matters involving commercial rights holders CVC and Bernie Ecclestone.

Four-time F1 champion Alain Prost, yet to be officially confirmed, will take on the role of ambassador.

Renault believes the breadth of this composition means there is no need for a team principal.

On the board, alongside Lopez and Abiteboul, will be Renault Group's director of financial operations Thierry Cognet, with either Renault CEO Carlos Ghosn or Renault Sport F1 president Jerome Stoll to serve as chairman.

What is Subaru doing in the BTCC?