The Renault engine's performance in the recent Italian Grand Prix proves it has made "big progress" in Formula 1, according to technical director Remi Taffin

The performances of Red Bull and the works team at Monza showed the engine's improvement, with the gap to pole position of the best Renault-powered car only 1.254s off pole position compared to 2.249s in 2015.

The deficit in the speed traps was also reduced from last year.

"We had a trouble free weekend, so the clear picture of the engine is there," Taffin told Autosport.

"We know Mercedes is in front and that Ferrari is, too, but we saw in the race, there is no problem getting past another car when it is needed.

"It's just emphasising the fact we have made big progress but there is still a way to go.

Taffin estimates the deficit to Mercedes is around twice that to Ferrari.

When asked about the relative gaps to Mercedes, Ferrari and Honda, Taffin said: "We still have a small way to go to Ferrari.

"I guess Ferrari is halfway to the gap we have got to Mercedes.

"Honda are catching but they are quite a way behind us." 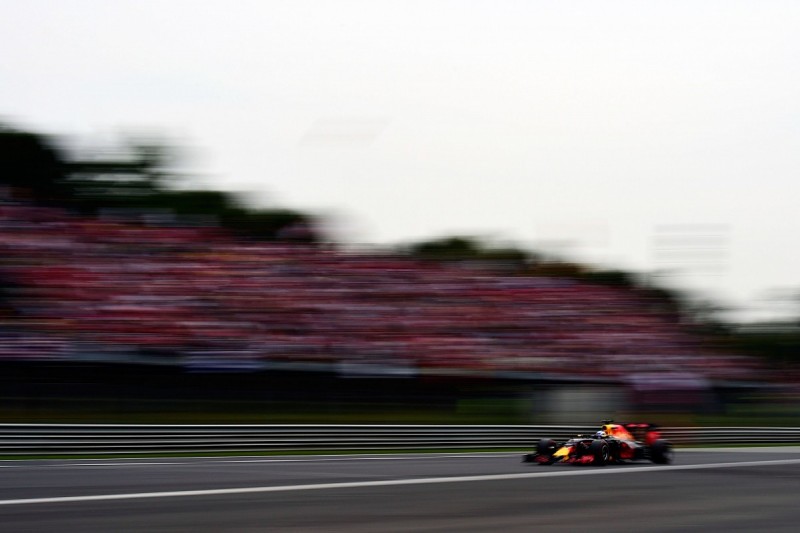 Renault, which will make a late decision on whether to run its upgraded engine package in Singapore this weekend, has improved both in terms of reliability and power, with Taffin targeting reaching the end of the year without any penalties.

"I have to cross fingers when I talk about that [reliability] but it's true we have a good record," he said.

"We're the only engine manufacturer to not have got a penalty on that and it's clear we have to get the record.

"The plan is to stay at that level for the rest of the season and next year.

"It's a baseline to be able to develop and it's why we are able to get the performance into the car.

"We're now entering a region compared to our competitors where we can start having our chassis and driver fight in a race.

"It's the first time we have been able to have a fight at Monza since the beginning of the V6 era."

When Hamilton was F1's bad boy