The Renault driver was running 17th during the early phase on intermediates but his race unravelled when an error at his pitstop for dry tyres meant he was released without the right-rear tyre attached.

The time lost rectifying the mistake coupled with the subsequent 10-second stop-go penalty for an unsafe release dropped him to last place.

"The pace was really good on inters but when I was on slicks it was really painful," Palmer told Autosport.

"You can't do anything, you're just on a hiding to nothing.

"The race was basically done with that unsafe release.

"We then got the penalty which just made it worse.

"It was one of the least enjoyable races of the year so far."

The Briton said he was unable to make any progress from one lap down as he had to keep moving over to allow faster cars through.

"I had a lot of thinking time for about 30 laps, and there's nothing really you can do," he said.

"I was always looking in my mirrors letting people go and not trying to get in people's way.

"There was a time where I couldn't even drive the car properly because you have to get out the way the whole time.

"Then it's damp off line, you have to get your temperature back, have to wait for the next one to go through, and every time you lose about three seconds, and so very quickly, you find yourself two laps down."

Palmer eventually retired the car after Renault found a potential problem with the gearbox, with team-mate Kevin Magnussen stopping for the same reason in the closing laps.

"We just had some concerns with the gearbox, so two laps down we couldn't really recover that even with a safety car, so it was just a precaution really," he said.

"The guys are checking to see what's definitely up with it now, but there were some strange shifts." 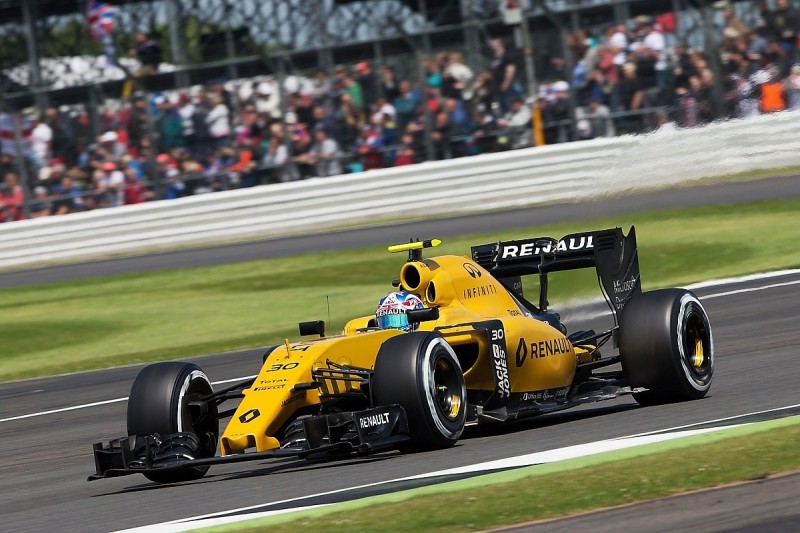