Cyril Abiteboul, Renault F1's managing director, recently admitted to tension behind the scenes, suggesting some clarity was needed over exactly who is responsible for what as the Enstone/Viry alliance is rebuilt.

Some paddock insiders have suggested problems with the leadership at Renault are currently holding the squad back, as it seeks to recruit experienced drivers and technical staff to bolster its efforts to return to the front of the grid.

But Vasseur told Autosport the structure is clear internally, and working well.

"I'm not sure we have more chiefs than Mercedes, with Toto [Wolff] and Niki [Lauda], or Red Bull, with Christian [Horner] and Helmut [Marko]," Vasseur explained.

"If you put Mateschitz on top it is quite similar [between Red Bull and Renault].

"We have an organisation with [Renault Sport Racing president] Jerome [Stoll], Cyril and I.

"We have two sides [engine and chassis], and you have also to consider we are rebuilding and growing up a lot, we have a lot of things to do.

"I think three [leaders] is not too many. The organisation is quite clear in my mind, and in Cyril's mind, this is the most important thing.

"We have completely different experience. I am coming from racing and Cyril from managing the company. I think it's complementary.

"It's clear for me from the beginning. There is no big deal on this point.

"Perhaps from outside it is not the case, but from inside it's working well."

Force India driver Sergio Perez reportedly decided not to join Renault because of uncertainty concerning the chain of command, but Vasseur hinted something else was at play there.

"It [the leadership] is not the reason for Perez - it's another story," he added.

"I think the situation is very clear. It's not an issue.

"Perez's position is another one, but I don't care about Perez." 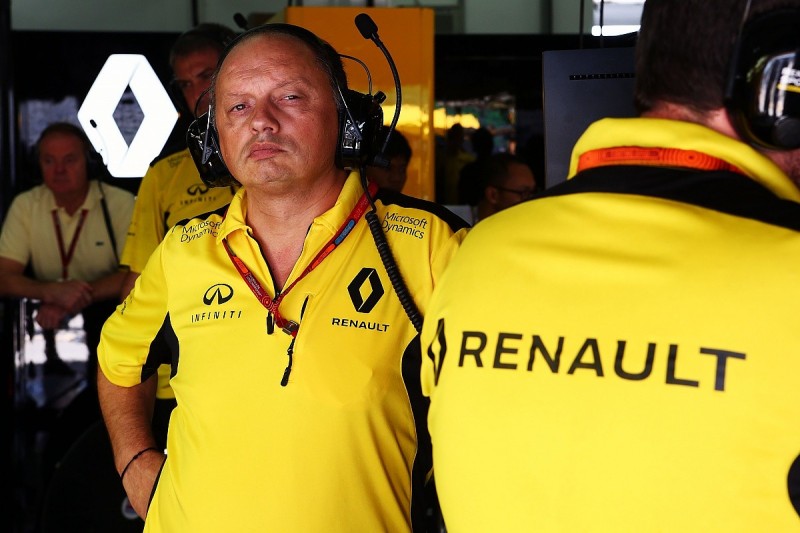 Renault has struggled on track this season, achieving just three points finishes in 17 races and languishing near the bottom of the constructors' championship.

But Vasseur says he is sure Renault can return to the front in the future, if the team remains united.

"For sure we have more pressure now, because everyone would like to get results," Vasseur said.

"I'm fully passionate working with the mechanics, the engineers, the drivers.

"They are fully committed and this is the most important thing.

Is the Vettel-Ferrari dream heading for failure?