Renault says it still does not feel "safe" ahead of Honda in the Formula 1 engine battle, despite the Japanese manufacturer enduring a troubled start to the year

McLaren-Honda is facing a tough task to catch up after its pre-season testing programme was hit by reliability problems and a lack of power.

Although McLaren is expected to face a tough campaign of battling near the back of the grid, Renault says that its own experience of recovering from testing nightmares means it is not relaxing.

Renault F1 managing director Cyril Abiteboul, who back at the start of 2014 was team boss of the Renault-powered Caterham team, says he is not writing off Honda.

"I feel extremely sympathetic of what Honda is going through, including in their relationship with McLaren," he said.

"It reminds me of something that I myself have experienced.

"I am not feeling safe at all, even if I watch Honda, frankly." 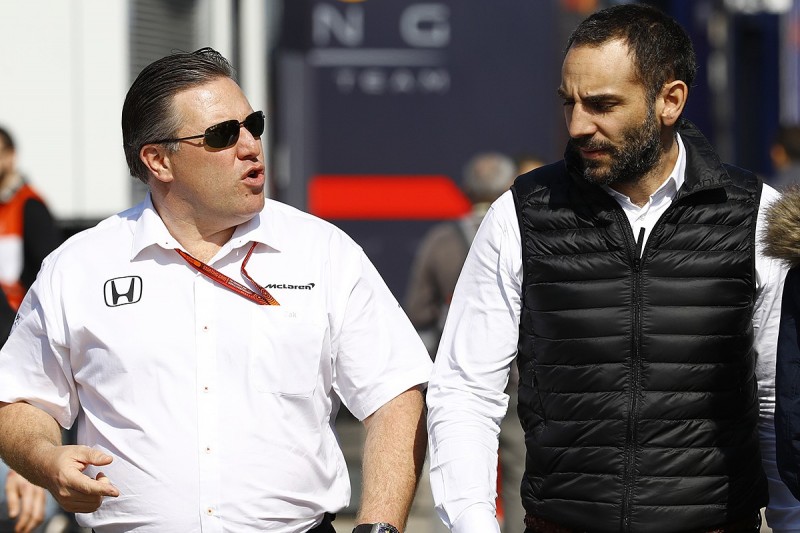 Abiteboul does, believe, however, that Honda's difficulties have been exacerbated by it only supplying one team.

"It is a risk analysis, but it is also exploring all the potential failures that could arise - and can always happen based on all the information that we have available," said Abiteboul, whose engines are supplied to Renault's works team, plus Red Bull and Toro Rosso.

"Having three teams, it is only helping. Logistically it is an extra challenge, because when you have difficulty and you need to control the pool of parts, you need to do that for three teams.

"But, I think it would have been better for Honda. It would accelerate Honda's resolution of the current issues, if they had other customers.

"But that is up to McLaren and Honda to sort it out."