Wehrlein missed the opening pre-season test at Barcelona after hurting his back in a crash at the Race of Champions in January.

He returned for the second test, completing four half-days in the C36, and was declared fit to drive by the FIA medical team in Australia on Thursday.

"It was never in doubt," Wehrlein said when asked by Autosport if there were any concerns leading up to Melbourne.

"I was training a lot this winter and yes maybe a few weeks I didn't train as hard as I would have liked but I'm back into training for a few weeks now.

"Definitely the work I did before my injury paid off." 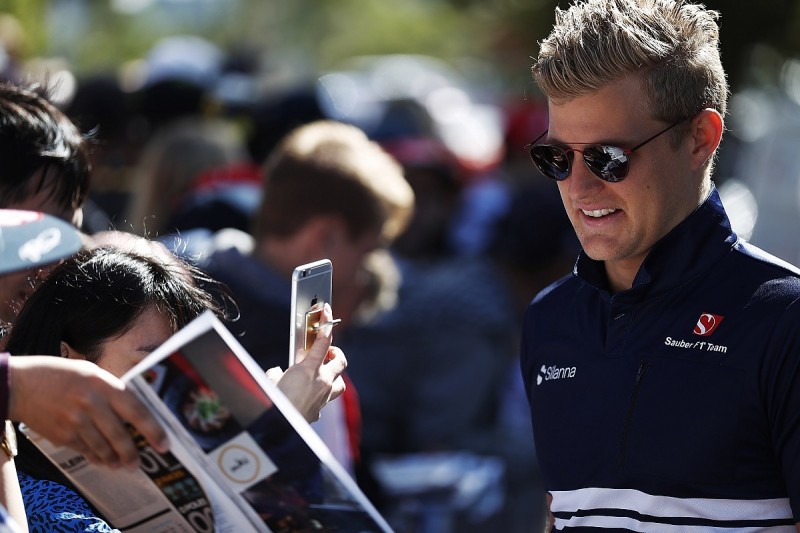 Sauber was the slowest team in testing, with Marcus Ericsson three seconds slower than the pacesetting Ferrari of Kimi Raikkonen.

It was one of the most reliable performers though, and both drivers believe that reliability with its year-old Ferrari engine could be crucial to it scoring points this weekend.

"Definitely that helps," Wehrlein said. "The first race is always an unknown thing because normally you have a lot of non-finishes.

"We've seen in Barcelona some other teams have issues with reliability and that can help us."

Ericsson revealed Sauber had run "heavier than usual" in testing but admitted the team was "at the back of the midfield".

"We're going in with the goal to score points because I think it's possible," he said.

"No matter how competitive or not we are come Saturday, still we have a good chance on Sunday to score points because quite a few teams have had problems breaking down in testing and we need to take advantage of that."