Verstappen was running fifth early in the Spa F1 race when he shifted from third to fourth out of the last corner and immediately lost power as his Renault engine went into a safe mode.

It came after Verstappen swapped to his fourth internal combustion of the year ahead of final practice, meaning any further change will spark grid penalties.

He is also on the limit with MGU-Hs, having used four, but has so far used three turbochargers and only two MGU-Ks, energy stores and control electronics.

"I can understand his frustration but the majority of them have been beyond our control," Horner told Autosport.

"He's now staring down the barrel of a bunch of penalties in Monza so it is really frustrating for him.

"Our engine partners have apologised and are quite aware that their reliability and product isn't where it should be." 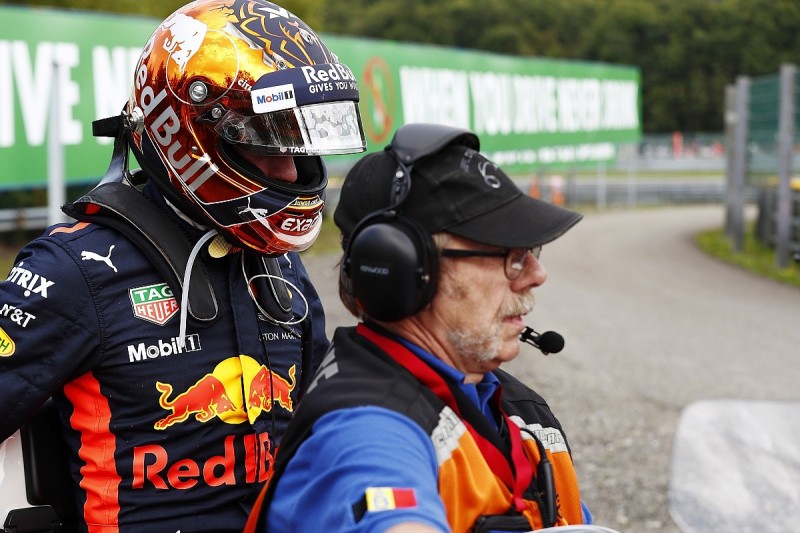 The Belgian GP problem was Verstappen's sixth retirement, four of which have been for mechanical reasons, in 12 races this season, leaving him on 67 points, 65 adrift of team-mate Daniel Ricciardo.

"He's just been desperately unlucky," said Horner. "The issues haven't been car-related, it's been engine-related.

"We don't know what happens behind the scenes, but Renault has always supplied equal equipment to both drivers in all the history we have had.

"It's bad luck the failures on a Sunday seem to be happening on his side of the garage.

"Daniel has had as many failures, but they have tended to be on Fridays and Saturdays rather than Sunday afternoons.

"That was another podium [Verstappen] has missed, which must be the fourth or fifth that he has missed through no issue of his own."

Though Renault has struggled in all three-and-a-half years of the V6 era, Horner believes it is possible for it to turn things around.

"You always live in hope," he said. "Ferrari managed to get their act together.

"They were in a worse situation than Renault in 2014 and by investing in the right areas, bringing the right people, they have got themselves into a competitive position.

"It demonstrates it is possible with the right people, the right will, the right desire and the right funding."