His team-mate Carlos Sainz Jr and Red Bull's Daniel Ricciardo are also products of the programme, while Sepang winner Max Verstappen was given Red Bull patronage during his European Formula 3 season and quickly promoted into F1.

Gasly, who finished 14th in Malaysia, is expected to get a full-time Toro Rosso seat for 2018.

Asked by Autosport if an announcement regarding Gasly was imminent, Marko replied: "I can tell you that pretty soon.

"Red Bull, in complete contrast to Ferrari and Mercedes, have balls, and we put young drivers in the car.

"So let's see. We have our ideas, and as soon as everything is finalised we will let you know." 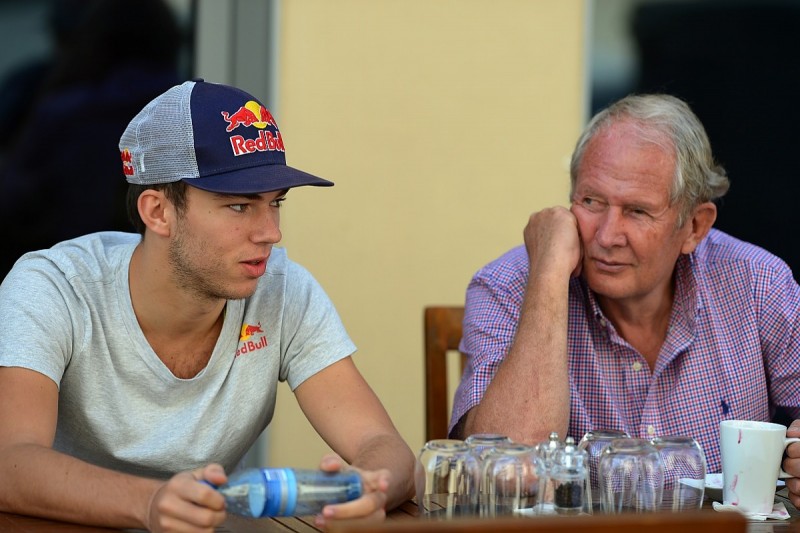 Though Mercedes' and Ferrari's junior programmes are smaller than Red Bull's and their works F1 team line-ups are all experienced drivers, both have young drivers either in or on the verge of F1.

Ferrari intends to use engine customer Sauber as a junior arm and hopes to place Charles Leclerc and Antonio Giovinazzi there next season.

Though Kvyat is expected to return to Toro Rosso as Gasly's team-mate in 2018, some paddock sources have suggested the team could look outside the Red Bull pool for a driver with external sponsorship.

Wehrlein, Marcus Ericsson and Jolyon Palmer are among the candidates but Marko said such a move was unlikely.

"We are Red Bull, we are different," he said. "It's difficult to imagine."

How F1 looks through a 104-year-old camera